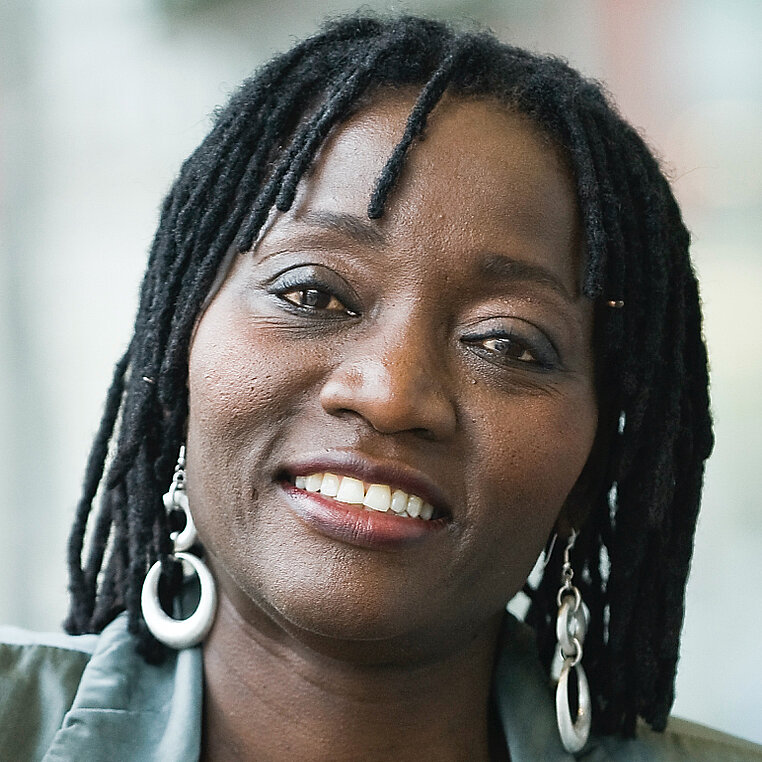 Auma Obama, born in Nairobi in 1960, is a Germanist, sociologist and author. She studied in Germany, where she received a Master's degree from the University of Heidelberg. During subsequent studies at the German Film and Television Academy in Berlin, Obama simultaneously earned a doctorate at the University of Bayreuth. She is the sister of the 44th President of the United States, Barack Obama. Obama is the founder and executive chair of the Sauti Kuu Foundation, a non-profit organisation that helps orphans and other young people struggling with poverty in Kenya. She lives in Nairobi.

In a strong voice

Auma Obama is a German scholar, sociologist, author - and Barack Obama's sister. She doesn't like to discuss her famous brother, preferring to talk about her life and her work between Germany and Kenya.