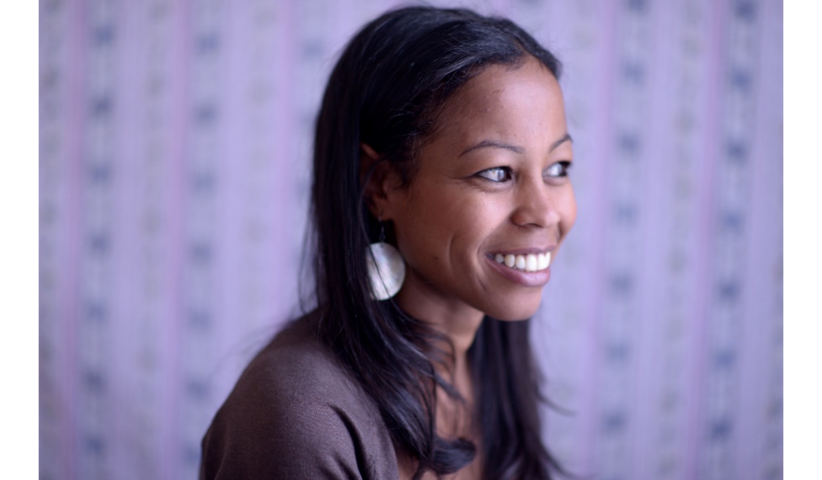 Linear, efficient and punctual: that's how the Western world ticks. But can't time be understood and used differently, for example as it is in Sudan?

When I was a teenager growing up in New York, my friends and I would tease each other. When one of us arrived late to a gathering, we’d say, “you’re on African time today.” Or “you’re on Black time.” To be in Black time is to be unpunctual, slow, and unproductive. In the west, Black time is marked as deviant time. It’s to violate an invisible norm: white time.

I’ve been thinking about this teenage joke in the context of the pandemic—a crisis that changed our relationship to time. Suddenly we were home, saving hours of commuting. Meetings, classes, events were cancelled. Financial relief offered by governments opened up possibilities. There was time to rethink marriages and careers, to garden and bake and learn new languages. In spite of the havoc, there was hope that the pandemic might slow things down.

But for many, if not most people, the pandemic did the opposite: it created a time crisis. Especially for parents, those in the medical professions, essential workers, and working class people, the COVID crisis set into relief another crisis that predated it: increasingly, we’re expected to do more and more with less time and resources. Technology has only made things worse. Our time is continuously at risk of being hijacked with the ping of a text or an email notification.

Time is a double-edged sword, a tool used either to oppress or to set free. It’s neither neutral nor objective, though we often treat it as such. Time is experienced, valued, deployed differently depending on culture, history, and political context. Take Black time. That teenage joke has a basis in the fact that cultural conceptions of time vary enormously. I was born in Khartoum, Sudan, and have travelled between there and my adopted country, the US, my whole life.

Switching between “American time” and “Sudanese time” is always a shock. In Sudan, people expect you to visit them not for one or two hours but for seven or eight. Better yet if you spend the night. (Sudanese living rooms are furnished with beds, partly to accommodate day visits that stretch into overnight stays).

After four or five hours of a social visit in Khartoum, I’m mentally thrashing my teeth, biting at the bit, ranting and raving in my head about how was it possible that these aunties of mine could think that I had all day to waste chit-chatting about nothing? I have things to do! Deadlines to meet! And even if it’s simply that I want time alone, I want time alone to rest so that tomorrow I can be more efficiently productive. For rest is only a means to more productivity.

”Time is a double-edged sword, a tool used either to oppress or to set free.“

It was only after years that I understood: in Khartoum, time is often used to create social bonds; it produces solidarity and community. In New York, time is used to produce things—primarily things for getting oneself ahead. This is not to romanticize Sudan, where the labour of hospitality falls on women: the cooking, cleaning, hosting that creates the conditions necessary for community (though communities everywhere are built on the labor of women).

But the dissonance between Sudanese and American time points to the fact that the “time” I was used to in the US, that I subscribed to as “right,” as normative, is rooted in a specific culture and economic system.  I’ll call it “white time.” White time is western capitalist time, understood as useful for producing material or intellectual goods for consumption. White time is linear, efficient, punctual, productive—for neo-liberal capitalism.

The measurable seconds, minutes, hours that structure white time assume a linearity that is—for many Black people, people of colour, formerly colonised people, queer people, any group shaped by histories of violence—an illusion. Black time is a joke, but it’s also deadly serious. It’s marked by layers of trauma: historical trauma of slavery and colonialism, out of which arises societal trauma of structural racism, out of which arises economic trauma of continued dispossession. Often, these overlapping traumas feed into familial or intimate trauma.

Time marked by trauma is warped. Past, present and future blend together. That’s why there’s a ghost in Toni Morrison’s novel Beloved. The dead baby comes back as the trauma of slavery haunting the Black mother, Sethe, in the present. Sethe escapes slavery. But she can’t move into the future. How can she?

Time is not only shaped by trauma. It’s also used to traumatize. The more oppressive an economic or political system is, the more compulsively it controls time. During the slave era, most field slaves were forced to work to the maximum (up to 18 hours during harvest season) and given minimum time to rest—just enough to ensure that they continued to be productive.

As historian Caitlin C. Rosenthal has shown, time-intensive labor practices under slavery served as direct inspiration for modern business management practices. For instance, the “task” system, which was developed as a means of organizing slave labour (it required that each slave completed a minimum quota of “tasks” within an allotted time), was adapted by two founders of modern business management, Henry Laurence Gantt and Frederick Winslow Taylor.

”In Sudan, people expect you to visit them not for one or two hours but for seven or eight.“

This is not to equate late capitalism with slavery—workers are paid, even if badly, and they have rights, even if fewer and fewer—but it’s useful to consider the links between these two systems. Today, accounts of Amazon warehouse workers having to pee in bottles because it takes too long to walk to the bathroom, in order not to miss the “fulfillment” demands of the company, point to the ways that capitalism keeps workers subject by controlling time. The “gig” economy that has become prevalent is built on paying workers little enough so that they have to work more and more (two, three, four gigs simultaneously). Time comes under the control of an ever-ruthless market. No room to rest, protest, or be creative. No time to challenge a system built on the exploitation of the many for the benefit of the few.

But there are signs that people are fed up. During the pandemic, some of us experienced “slow time,” others a “time crisis,” and most of us got a taste of both—if in unequal doses. We’ve realized that our relationship to time can be different. Between January 2021 and February 2022, nearly 57 million Americans left their workplaces, a 25 percent increase from the same period before the pandemic; and the rest of the world is reflecting a similar trend. The “Great Resignation” is partly driven by the fact that people are tired of employers who exploit their time while paying them terribly for it.

Quitting one job for a slightly better one isn’t enough, though. Younger people—millennials and Generation Z—are waking up to the fact that the upward mobility hustle is a time-waste. Inflation is spiking, affordable housing is out of reach, the climate is going to hell. Those who ascribe “laziness” to these generations misread a shift in values: young people are realizing that there are more meaningful (rather than profitable) ways to spend their time.

”Younger people are waking up to the fact that the upward mobility hustle is a waste of time“.

It’s also why emergent initiatives—such as a Universal Basic Income (UBI)—are more popular amongst the young. Basic Income is radical because it can liberate people not just from economic precarity, but from time deprivation. It gives time not only to the rich but to the poor, to mothers, to artists, to those who are working not for the profit of a corporation but for the public good. It can open up exactly those spaces for rest, protest and creativity necessary for confronting the challenges we face—from climate change to white supremacy to the gig economy.

We should lay claim to Basic Income, to slow time, to any notions of time that challenge the logic of the market. That includes Black time. Because it’s out of sync, Black time disrupts the “efficiency” of neo-liberal capitalism. It reminds us that there are conceptions of temporality that exist outside the norm of white time. Black time registers the traumas that shape the histories of marginalized groups. In slowing things down, it makes space for solidarity and community.

By prying open these pockets of time we can create new possibilities. We might even be able to get rid of an exploitative economic system all together. As the author Ursula K. Le Guin says, “We live in capitalism. Its power seems inescapable. So did the divine right of kings. Any human power can be resisted and changed by human beings.” But that takes time.

A letter to my dead sister

Our anonymous author’s sister was a journalist and was murdered on the street by the Taliban. An attempt to say farewell

Why do we need a right to abortion?

I lived on the street and trains from when I was 13 and I saw so many young people running away from sexual abuse in foster homes. It's a bad system that produc...

an interview with Laura Bispuri

The director Laura Bispuri questions the Italian image of the "mamma perfetta".

The talk of the town in Kabul

In the Afghanistani province of Kabul a major talking point is air pollution which kills more citizens than the war.