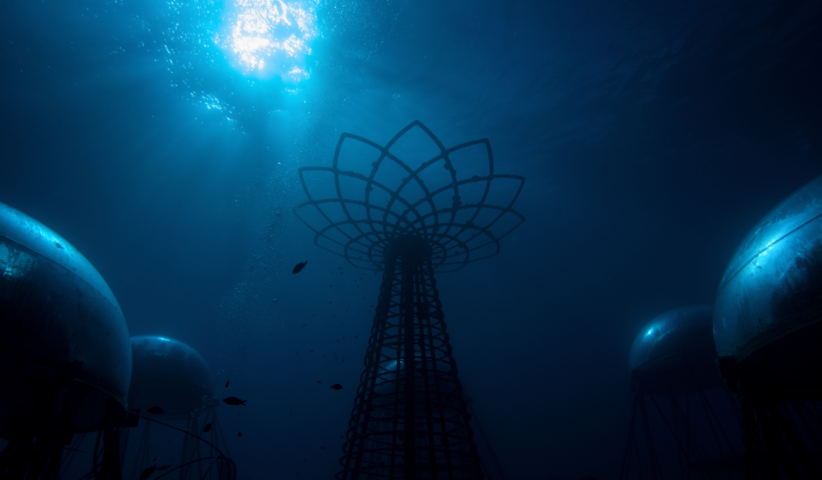 Ten meters under the sea off the Italian coast, futuristic greenhouses are a prototype growing food in an uncertain future.

It is as if you have landed on another planet. Breathing freely, you stand in a dome, surrounded by basil, strawberries and cherry tomatoes, with fish swimming around you and bubbles rising to the surface. “Nemo's Garden” is the name of the place located a few kilometres off the Ligurian coast near the small village of Noli. This is the site of the world's first underwater greenhouses, housing fruits and vegetables that normally only thrive on land.

The idea for the farm, where plants are cultivated and harvested below sea level, came from Sergio Gamberini, who has been experimenting with sustainable agriculture since 2012. Climate change is putting enormous strain on resources: as well as desertification and rising temperatures, the agriculture uses seventy percent of global freshwater supplies. This backdrop prompted engineer and amateur gardener Gamberini to search for new cultivation methods. "Nemo's Garden" is composed of several biospheres, transparent plastic spheres that seem to float in the water like bubbles. Each of them holds 2,000 litres of air and up to 120 plants - using coconut fibres instead of soil. The salt water condenses on the inner walls of the domes and turns into fresh water, which gradually drips onto the plants. To ensure that they get enough light and that divers can reach them easily, the greenhouses are anchored at a maximum depth of ten metres. The structures are gathered around the "tree of life", a framework that houses the measuring devices and cables for monitoring the oxygen and CO2 content, the humidity and the temperature. In the meantime, the futuristic constructions have become a haven for fish, which seek shelter there, hide from predators and also mate. Even rare seahorses have been sighted near the greenhouses.