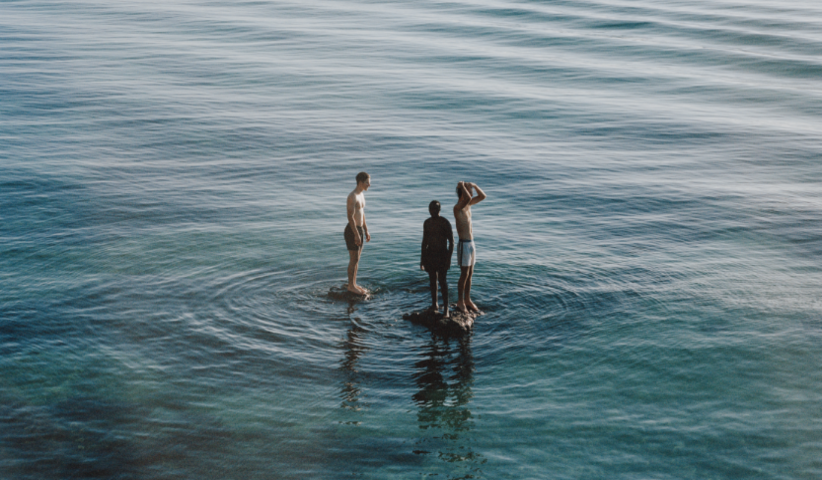 This year, too, a catastrophic flood or devastating drought is likely to happen somewhere – or, more likely, both. Again, we will learn that climate change is a major contributor to these events, and we will know that we have known this for a long time, but still have done nothing about it. Many of the biggest changes underway on our planet involve water. Polar ice is melting, oceans are littered, drinking water is contaminated, and ecosystems, in which water plays a leading role, are imperiled.

In this issue, we are diving into humans and our relationship to water. It is an ancient story; water is key for all religions and cultures, an endless list of poets have dwelled on its beauty and purity. So, how is it that we humans have become so alienated from our vital resource? Can today's water problems be solved using old knowledge or new technologies?

“Many of the biggest changes underway on our planet involve water”

We have asked the writers A. L. Kennedy, Ben Okri, and Katerina Poladjan to write about water for us. We spoke with water researcher Aditi Mukherji from New Delhi about whether water is really scarce or whether we are just managing it badly. And we asked people all over the world about their relationship with water – the South African surfer Suthu Magiwane as well as fishermen at Lake Victoria in Uganda, Máxima Acuña de Chaupe, a farmer in the Peruvian Andes, or the Kazakh ecologist Zauresh Alimbetova, who is fighting to save the Aral Sea.

“Every vein, every muscle has woken up,” writes the Argentine author Leo Boix about swimming. “The blood flows fast as my body drifts...” Now it’s summer, and many of us are drifting somewhere out in the lake, river or ocean. It would do us good to remember our indispensable, glorious water the rest of the year, too.

I think that the lives of people with disabilities are still not valued as much as they should be. Here in the United States, news of the daily COVID death toll...

Are we running out of water? (What's different elsewhere)

The smell of tar

In Katowice, rain evaporated above heated tar, filling the air with caramel sweetness, a mixture of freshness and dirt.

“I just had to take a stand”

an interview with Arshak Makichyan

It is a hard struggle to protest climate change in Russian capital, explains Arshak Makichyan.