“Not giving up the fight”

in conversation with Gulbahar Haitiwaji 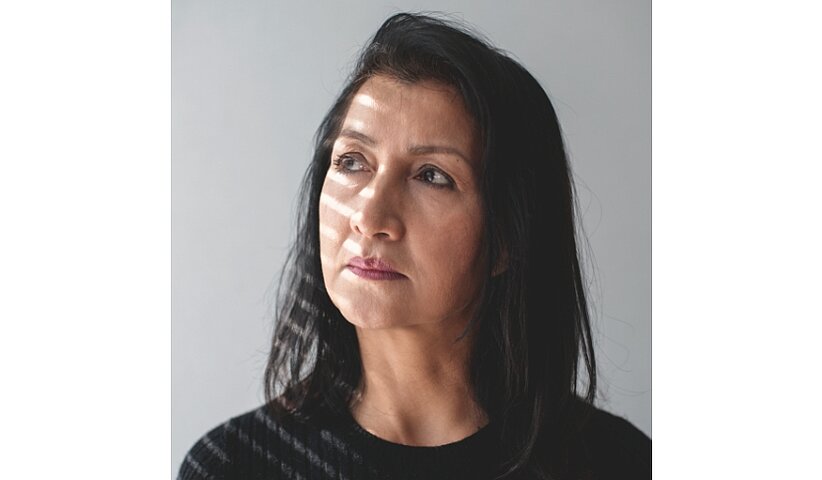 Gulbahar Haitiwaji is the first Uighur woman to have published a book about her time in a Chinese “re-education camp”. She talks about life after publication.

Ms Haitiwaji, you were arrested in China in 2017 even though you were actually resident in France. You were then locked up in a so-called re-education camp for Uighurs for the next two years. You were released yet you hesitated about publicising your story. So why are you doing it now?

I was told that I had to keep my prison experiences secret. They threatened my family and me so, at first, I wrote about this anonymously. But after I was allowed to leave China and go back to France, I realised nothing would change if I allowed the Chinese government to continue to intimidate me. So I decided to go public.

The Chinese authorities accused you of endorsing terrorism because your daughter went to a Uighur meeting in Paris. While in prison, you insisted you were innocent. But you have written about a turning point?

Such intense brainwashing made it difficult to stick to my [true] story. The other inmates and I regularly had to admit our guilt in long essays and we were continuously forced to make false confessions. At some point I began to believe my daughter had actually made a mistake.

“They say I'm a liar and that my book is filled with lies.”

How did you manage to get out of this damaging cycle?

I don't know if I will ever be free of it actually. I'm not now even after my release, for which my daughter campaigned from France. Writing the book, I relived my imprisonment and with every interview, I feel like I'm back in my cell. But I remain strong because I would never want the Chinese to get the impression they won.

But at the same time, you did actually write that you thought China had “won“. Why did you do that?

In your book you write that there is genocide happening in Xianjing, where the “re-education camps“ are located. In your opinion, why don’t France and other Western states take a tougher position on this?

China's economic power prevents other countries from condemning the atrocities being perpetrated on my people. Nobody wants to get into a scrap with this very powerful trading partner. Still, even some small symbolic acts mean a lot to us because most people in the West have never even heard of the Uighurs. And I do realise that this is really just the beginning. We are going to continue to fight for our freedom and to demand that the international community call what is happening in Xianjing by its real name. It is a genocide.

Do you believe that you are under surveillance, even in France?

Since I got back to Europe I have had no contact at all with my relatives in China. After my book was published, the Chinese government released an online statement in which they called me a terrorist. They say I'm a liar and that my book is filled with lies. I'm sure they're just going to keep on putting out statements like that and to go on publicly denouncing me. But I'm going to keep going.

The interview was conducted by Aljoscha Prange

The better America (A phone call with ...)

Should film be a subject at school?

Absolutely, as an advanced course! I love that film is taught in French schools.

Earth, how are you doing? (Cultural spots)

An oasis couldn't be more beautiful, with a moon-shaped lake and surrounded by “singing” dunes.

The station in Wuhan

The million-strong city of Wuhan is known as the logistics hub of central China. Since 2009, the city has one of the biggest train stations in the country.

A story goes around the world (World report)

Cultural relations between China and the West have been steadily expanded over decades. But under Xi Jinping the dialogue has ground to a standstill. Are we about to wind back the clock?

Earth, how are you doing? (Tomorrow's world)