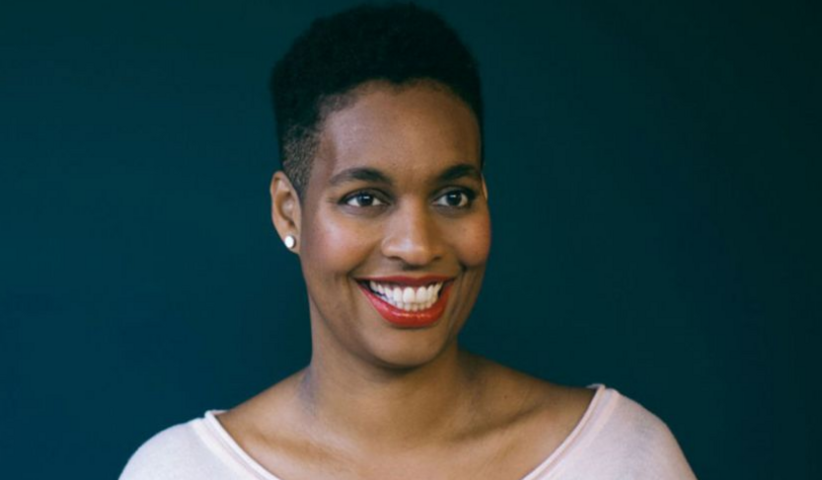 Growing up in central London. I lived in a multicultural world where everyone was reading books by a multitude of people. When I was 16 I started selling books and it never occurred to me that there was a race issue within the industry. It was when I opened my own bookshop in 2009, that I was struck by the dearth of contemporary literature by people of colour or people from marginalised and minority backgrounds. Then, in 2016, I read in the Bookseller magazine that out of 160,000 books that were published in the UK that year, less than 100 were by people of colour, and only included one single debut by a black male. It hit home what a huge problem we have and I proposed that there should be an imprint that was focused on inclusion. Charlie King, the MD of Little Brown, jumped at the chance.

When I started the imprint people would be very candid with me, saying that books by people of colour simply won't work. That sort of racist language was so normalised at the time that it wasn't even seen. These days, things have moved on but more than than anything, diversity is held back by the pervasive centering of whiteness into discussions of diversity in publishing. White people say they can't take decisions about books because of their unconscious bias and the fact they haven’t had the same lived experience. They are trying to be consciously woke - but it actually leaves us in a similar situation. Yes, we have more books by people from marginalised and minority backgrounds, but it's seen as a trend or an experiment, or virtue signaling. That ultimately stops progress: there is no normalisation of inclusion. The language people are using has shifted, but the reality hasn’t.

And the issues are plain. Looking at the makeup of the whole publishing industry, which is moving towards having 50% of women in senior roles in the publishing industry but failing to reach its goal of having 15% of people from an ethnically diverse background.

The lack of visibility of minorities in publishing applies across the board. From neuro atypical to class, to race, to gender diversity, sexuality, et cetera. Ultimately so many of us come from a minority or marginalised background, if you grouped us all together we're probably a majority! It’s a really big tranche of society that's being left behind.

“As a black person, you are told from a very young age that you have to work twice as hard to get half as far.”

These discussions should be nuanced - but that nuance is often lacking. And just because somebody is from a minority or marginalised background doesn't necessarily mean they are right. We often see people say: you're black or you're gay. You must have the answer.

There are antiracist books that haven't come from people who studied race as a PhD or come from a sociological anthropological background but whose work came from an opinion, say from their blog. It is brilliant that people are able to express themselves but my job as a publisher is to be able to ask questions around narratives: What does this mean for society? What does this mean for readers? What are we giving to readers? What experiences are we sharing? That's a huge responsibility. I'm not being critical of those books, but I'm being critical of the fact that we are no longer able to be critical.

We must remember the demand of excellence. As a black person, you are told from a very young age that you have to work twice as hard to get half as far. But publishing almost seems to be lowering the benchmark for black writers in order to open it up. That doesn't need to happen, we shouldn't be striving for mediocrity in any form. And with my imprint, I want to do is focus on brilliance and inclusion.

“I don't believe that someone who's white can't translate someone who's black but my question is: Did you even look for anyone else?”

Right now issues of diversity are everywhere, like the row about whether a white translator can translate Amanda Gorman's poetry. These issues are a minefield. I don't believe that someone who's white can't translate someone who's black but my question is: Did you even look for anyone else? People fight about this point because they know that the industry never thought about greatness coming from beyond a very small chasm of society. I think the outrage and backlash is because of the lack of equality in the decision making processes.

In order to readdress inequalities you have to ask questions. But without the outrage, I don’t think people will find a different way of asking questions. Look at recent pushbacks: about the H and M advert with the little black boy in the monkey T-shirt or the Dove advert where a woman uses body lotion and it makes her skin lighter. Lots of people are left wondering: Whatever happened in that meeting? Who signed off on this? The reality is that with a monocultural group of people in a boardroom, you often get biases.

The diversity and inclusion issue hasn't been even anywhere near resolved. Meanwhile, I’m concerned about white fragility. In publishing people are second guessing whether a narrative works. They are so afraid of being canceled that they might be turn down a really great work because of a lack of understanding.

At the same time, online outrage is sparking awareness but is also creating polarisation. The nuance has gone from discussion. Looking ahead, all of this is structural, so it’s fixable. There needs to be a shift in mindset and then a shift in our structures.

Let it be love

There are probably more romantic places to fall in love than a butchery. But it is there, between cow carcasses and dead pigs that quality controller Mária and her boss, Endre, cautiously get to know one another. The film that tells this tale is On Body and Soul, directed by Hungarian filmmaker Ildikó Enyedi.

Why the Tiwah of Borneo bury their dead twice

Together vs. the end of the world

How can we share out responsibility for damaging our climate? Introducing the notion of “risk sharing”.

The hunters and the hunted (What's different elsewhere)

The musician tells of a Scottish tradition.

Make it yourself (Books)

Can the climate crisis still be halted? Christiana Figueres and Tom Rivett-Carnac, authors of the Paris Agreement, are determined to keep looking forward.