Where communication is chaotic 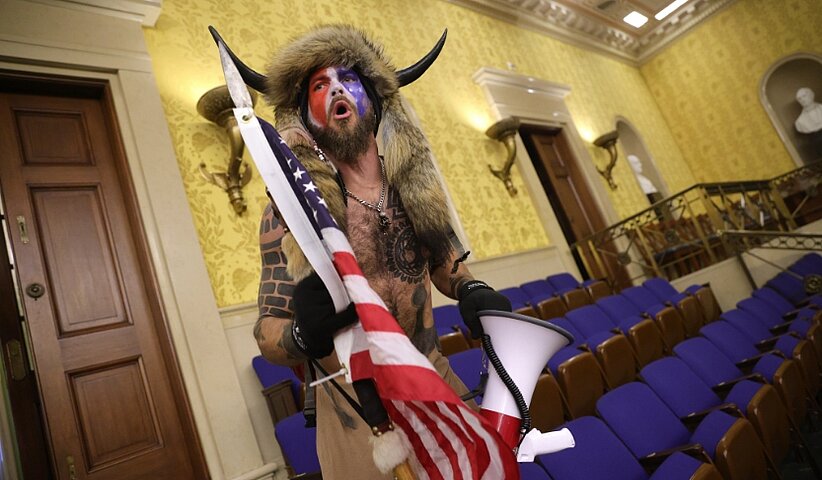 How can social media guarantee that their digital spaces are democratic? A proposal.

Many say that January 6 was a practice run. The storming of the US Capitol was a dress rehearsal for more spectacular and sustained attacks against democracy in the years to come. Emboldened from the developments in the United States are white supremacists, radical extremists, conspiracy theorists, and ultra-nationalists around the world, as well as individuals who find insidious ways to exploit the fragility of truth to advance their own agenda.

These developments are hardly surprising. They are consequences of living in a world where conversations are primarily unfolding on social media. Far from an ideal speech situation where people freely exchange ideas in an informed and open-minded fashion, the structure of communication online incentivises content that evoke intense emotions instead of reasonable discussion. It is a context where rudeness and mic drops are a conversational vice, a context where virality has more currency over evidence. It is a context where we can connect easily to people who affirm our beliefs, but also a context that segregates communities based on a logic that only makes sense to coders of the algorithm. What we have today is a highly networked, commercialised, digital public sphere, where the citizen is transformed to a hyper-active consumer and an unaccountable content creator.

For some, the responsibility rests on tech platforms. Last year’s Nobel Peace Prize winner, Filipino journalist Maria Ressa singled out American internet companies for profiting from the ‘toxic sludge’ of hate and violence that pollute the world’s information ecosystem. Indeed, how tech platforms enforce order in a digital public sphere they created is a significant area for reform. Pirate Bay founder Peter Sunde called Facebook CEO Mark Zuckerberg a ‘dictator’ of the ‘biggest nation in the world.’ ‘I did not elect him,’ Sunde said, ‘He sets the rules.’ And how these rules affect our behaviour online.

In recent years, Facebook, now called Meta, has taken steps to set new rules in a chaotic communication environment. They convened an Oversight Board – the so-called Supreme Court of Facebook – to adjudicate cases on content moderation. Invited to the Oversight Board are world-leading journalists and digital rights experts, a Nobel Laureate, and a former prime minister. Last year, the Oversight Board ruled that US President Donald Trump’s Facebook account should not be reinstated, although the ultimate decision on whether to implement this ruling still rests on Facebook.

This precedent, among others, cast doubt on the legitimacy of the Oversight Board. Can a body funded and appointed by Facebook actually have the power to make consequential decisions that may compromise the company’s commercial interest? How useful is an Oversight Board in the face of war, where decisions need to be made quickly? Recently, Ukrainians sought exemption from Facebook’s community standards to call for people to fight Russian invaders. What right does the Oversight Board have to make such high-stakes decisions?

These open questions bring to surface some of the most complex issues about creating a world order in the digital public sphere. Thankfully, we are not out of inspiration for answers.

In 2020, the OECD observed a ‘deliberative wave’ taking place around the world, referring to the increasing use of representative deliberative processes like citizens’ juries, deliberative polls, and citizens’ assemblies to the generate the collective wisdom of ordinary citizens on complex governance issues.

“Often, these assemblies are convened in the aftermath of a crisis, as decision-makers are forced to face the reality that that neither politicians nor experts have the monopoly over good ideas.”

For example, just last year, a Global Assembly on the Climate and Ecological Emergency brought together 100 randomly selected ordinary citizens from around the world to put together a People’s Declaration for the Sustainable Future of Planet Earth presented in COP26. Ordinary people – including a farmer from Bihar in India, a refugee in Chad, and a gold miner in Myanmar – deliberated with each other for sixty-eight hours over two months, with the support of experts, trained facilitators, and translators, to determine how humanity can address the climate crisis in a fair and effective way. Among their recommendations was to make ecocide – the destruction of ecosystems – a crime.

Such assemblies are gaining ground around the world as public authorities recognise that they need to actively take steps to craft a space for citizens to engage in reasonable discussion so the people can provide considered input to policymaking. Often, these assemblies are convened in the aftermath of a crisis, as decision-makers are forced to face the reality that that neither politicians nor experts have the monopoly over good ideas. In Belgium, the rise of citizens’ assemblies was prompted by the crisis of forming a government in a deeply divided society. In Ireland, citizens’ assemblies became popular in the aftermath of a financial crisis.

Meta and other tech platforms are faced with a similar crisis of legitimacy. And yet their response, to date, is to prioritise the voice of coders, experts, and shareholders, while the Oversight Board only has space for high profile global personalities. Missing from the discussion is the input from ordinary citizens – people whose lives are fundamentally shaped by the decisions made in Menlo Park.

“Now more than ever, social media platforms need to be democratised, and crafting spaces for the input of global citizens, and taking their input seriously, is a step in this direction.”

Now could be a time for a global citizens’ jury of Facebook. A randomly selected group of ordinary Facebook users – a bus driver in Qatar, a housewife in Sri Lanka, a pianist from Brazil, a K-Pop fan from New Zealand – can be commissioned to decide on content moderation issues, on matters that affect their lives, just like juries are summoned to render a verdict on a case.

There is growing evidence that diversity trumps ability. A diverse group of ordinary people, when given the time and resources to deliberate, are more than capable of generating sound judgment, especially on moral issues. There is also an ethical argument to be made. Facebook does not need to run the platform like a dictatorship that occasionally gets advice from global luminaries. Now more than ever, social media platforms need to be democratised, and crafting spaces for the input of global citizens, and taking their input seriously, is a step in this direction.

A global citizens’ jury is not a panacea. No governance innovation is. But this experiment is worth pursuing, if we, as a global community, are to figure out what it means to live together in a time when there are no truths.

Our deputy chief editor takes a look at the current issue.

69% of Brazilians are opposed to relaxing gun laws*

In January, the Brazilian government relaxed restrictions on the purchase of guns, even though a large part of the population was opposed to the move.