Where do we stand now? 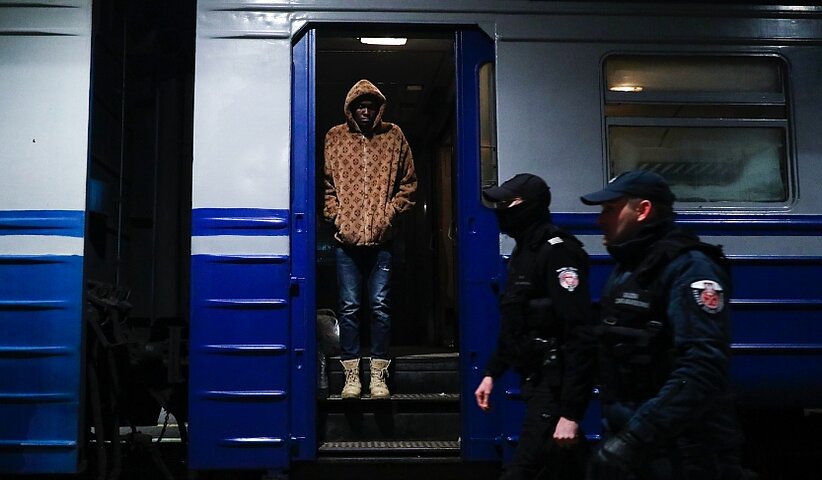 Discrimination, hate crime, equality: Where was progress seen over the past years and what more needs to be done?

The war in Ukraine has once again brought into focus some of the most pressing problems of our time: The dangers posed by autocratic leadership, the suffering of refugees, chauvinism and racism. After Russia invaded Ukraine, many in the country fled toward the Polish borders. Most of the people in the trains out of Ukraine were white. Black people were not permitted into the carriages before them. At the same time we are seeing a renaissance in praise for the archetypal war hero, this time in the form of the brave Ukrainian fighters.

Does this mean that feminists and anti-racists have been working for nothing all these years? Of course not. As unhappy as current events are right now, there has been significant progress made toward more tolerance, more integration and more equality. Movements like Me Too and Black Lives Matter are regularly covered in the mainstream media. Looking into the details, there has been more attention given to related phrases over the past few years, with topics like discrimination, inequality, intersectionality, systemic injustice and patriarchal structure used more often.

An analysis of 27 million articles in 47 popular American news publications, between 1970 and 2019, shows that the use of such terms has grown rapidly since 2010, in left- and right-wing publications. In the New York Times alone, the use of the words, sexist and racist, rose 400% since 2012. But these are just words. Where do we stand in reality? Over the past 30 years, a lot has changed. According to the Gapminder Foundation only 18 female heads of government had been in power by 1990. By 2021, there were 80.

“Less than 40% of women who experience violence seek legal help.”

Despite the increase, women are still underrepresented at the highest levels of power in many areas. Things are moving slowly in the economy too. The percentage of income earned by women sits at around 34% of all total income around the world, according to the current World Inequality Report. It was 31% in 1990. Only 5% of all CEOs around the world are women and only 19.7% of company boards are made up of females. If things keep moving forward at the same slow pace, women will only achieve equality with men in this area by around 2045.

The gender pay gap also remains large. According to the UN, on average, females worldwide earn only 77% of what males do. That is despite the fact that in many countries women have been overtaking men when it comes to education levels since the 1990s.

What about sexual self-determination? According to UN estimates, around one in three women has suffered physical or sexual violence at least once during her lifetime. The COVID-19 pandemic has worsened this. Domestic violence increased significantly during the pandemic, according to UN numbers.

At the same time though many countries have also reacted well to this, with 150 setting up or adding to special facilities such as women's refuges and emergency phone numbers for victims. Worldwide, at least 158 nations have established laws against domestic violence and 141 have done the same with regard to violence in the workplace. A further 190 countries are signatories to the UN's Declaration on the Elimination of Violence Against Women. Of course that doesn’t mean that the rules are always implemented or that the law is upheld. Less than 40% of women who experience violence seek legal help.

The Me Too movement has helped women to name and accuse perpetrators. For example, in India the courts often work extremely slowly when it comes to cases of rape or sexual assault. However online initiatives have led to the resignation of well-known Indian cultural figures because of Me Too-style campaigns. That includes a managing editor of the Hindustani Times, a Bollywood producer and the founder of a much-loved comedy group.

The Me Too movement has also led to legal reforms and better protections at work. At the same time, the pandemic has shown just how fragile some of this progress is. According to UN statistics, more women lost their jobs as a result of the health crisis than men, leaving years of advances in equality in the dust.

“Many of the victims of hate crimes fear social or financial consequences should they try to bring their attackers to justice.”

The situation for disabled people and for the LGBTIQ+ community also remains difficult, just as it always was. In another UN study, 45% of 1,122 CEOs surveyed said their company had expanded the resources available to those communities as well as increased protections afforded to them.

Still, only a handful of countries recognise a trans-person's identity legally. According to Amnesty International, 76 countries still criminalise same-sex activities between adults. In 10 countries, this can lead to the death penalty. Same-sex couples can legally marry in 30 countries, 17 of which are in the European Union.

It is hard to say whether hate crimes against individuals based on sexual orientation, ethnicity or religion have also increased. There is a significant amount of underreporting. Many of the victims of hate crimes fear social or financial consequences should they try to bring their attackers to justice.

As they always have been, marginalised groups continue to get the blame for social and economic problems. In Germany, a number of things indicate that the country still has serious issues with racism and right-wing extremist violence, things like the popularity of the right-wing political party, Alternative for Germany, neo-Nazi groups and deadly hate crimes in the cities of Halle and Hanau. In order to protect minorities better, the German government passed new laws in June 2020 that are supposed to help in the fight against racism and right-wing extremism. Initially that isn't making much difference to those who feel fear, powerlessness and pain in the face of such crimes. However at least it seems that these laws make people more conscious of the problems.

In fact, the whole world is paying more attention to racism-motivated crimes thanks to the Black Lives Matter movement and through terrible events such as the murder of American man, George Floyd, by a police officer. A study by Pew Research has found that a majority of individuals in developed countries, including the US, France, Italy, Sweden and Germany, believe that discriminating against a person on the basis of ethnicity is a problem in their own country. Only in Japan, Singapore and Taiwan, did less than half of the respondents believe it was an issue.

It is not surprising that those who consider themselves on the left politically think that racism and discrimination on ethnic grounds is more of serious problem than those coming from the right side of the political spectrum. Nonetheless one must ask: Why are we moving so slowly especially when there are clear injustices to be seen? The answer involves multiple factors.

Musa al-Gharbi, a sociologist at Columbia University in New York, points out one astonishing reason. Many of the Americans most likely to call themselves socialists, feminists or anti-racists are also among the group most benefitting from racial, gendered or otherwise motivated systemic inequality, he argues. So even as they are protesting against these inequalities, either symbolically or verbally, those inequalities simply remain.

Al-Gharbi gives an example from his own university. When Donald Trump was elected president many of the students there cried and complained, and demanded a lecture-free day. However that free day was not extended to the university's lower paid workers – the gardener, the security guards, the kitchen staff. The US sociologist says that the systems continue exactly because of those privileged people who like to denounce others who are not as “woke” as them, and to claim that quality for themselves, insisting that they are on the side of the underprivileged.

In conversation with T.C. Boyle

The writer T.C. Boyle explains why he writes about animals and how he communicates with them. An interview.

Homosexuality remains a big taboo in Nigeria. With her lesbian love story Chinelo Okparanta chips away at prejudice.

How to outsmart yourself

Even if we don’t mean to, our own well-established patterns of perception will make us discriminate. Behavioural economist Iris Bohnet has some solutions to this self-sabotage.

Talking about a revolution (I think that ...)