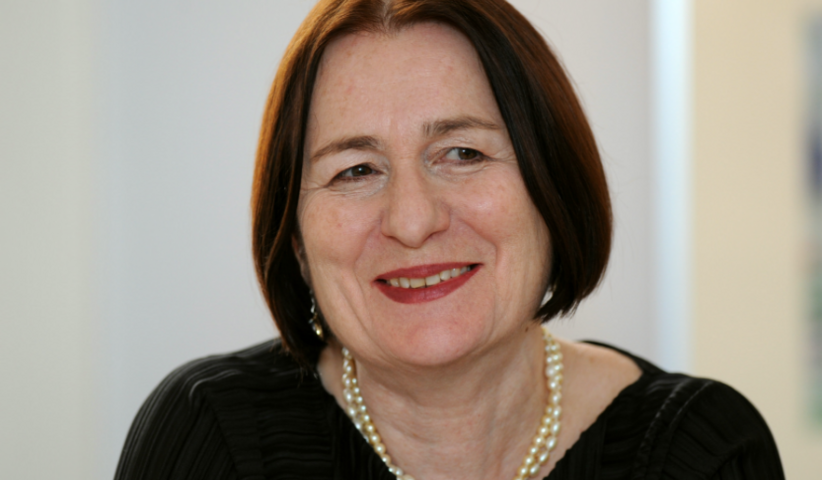 I am a child of the Soviet thaw, of the 20th Congress of the Communist Party of the Soviet Union in 1956, during which Nikita Khrushchev condemned [Joseph] Stalin's crimes. I started school that same year, in central Moscow. Our year was the first in which there was not a word about Stalin in our school books.

I came from a family of Jewish intellectuals. They were very political and it was clear to me from the start that our lives depended upon how Russian society evolved. My grandfather was a party functionary with the Communist International, or Comintern.

Right up until his death, he believed in the ideas of the revolution. Just luckily, he happened to be one of the few in the Comintern not severely impacted by Stalin's repressions. And as a 19-year-old, my father was wounded in the battle for Stalingrad in 1943. Later he saw it as his mission to write the truth about the war.

The feeling in those years during my childhood, when individuals fought for every free word and to come to terms with the Stalinist era, really left a mark on me. It was an important learning process we undertook together – my parents and me. We read the same books, the same forbidden literature, known in Russia as “samizdat”. Quite likely that’s why we never had any sort of generational conflict at home.

We knew very little about the war from the perspective of the other side or about National Socialism. Everything we learned about it came via the German literature that was translated extensively during the 1960s. Everything from Heinrich Böll to Günter Grass and Hermann Hesse. In fact, that's why I chose German studies even though I originally wanted to study history. After graduating, I worked translating German literature into Russian for years.

“We are trying to save what we can from the archives... It's just small, gruelling struggle every single day.”

It was important for me to know how people like my grandfather felt when their friends disappeared during [Stalin's] Great Purge. So in 1979, I started secretly interviewing Gulag survivors. This was inspired by author Aleksandr Solzhenitsyn's book, The Gulag Archipelago: An Experiment in Literary Investigation.

At the time I was also editing an anthology of East German female authors. I found “Guten Morgen, du Schöne” (in English, “good morning, beautiful”) by Maxie Wand particularly interesting. In her method, using interviews to gain an oral history, I saw a way that I could access the Gulag survivors too.

I began recording their interviews, and out of that came my engagement with the human rights organisation, Memorial – the latter was founded at the end of the 1980s. Back then it was vital that an organisation be created that could keep the door to the past ajar, a past which had remained hidden until then.

Eventually, as the Soviet Union opened up, I was able to travel outside the country from 1989 onwards and worked at German and Austrian universities. In 1999, I returned to Russia for good and launched a scholastic competition, “The human in history: Russia in the 20th Century”. Over 22 years, we received thousands of entries. Teachers and students really felt a great urge to research their own local histories. However, after the Supreme Court of the Russian Federation dissolved Memorial in December 2021, that project ended too.

My husband was a nuclear physicist during Soviet times so he knew how to keep secrets. Later, he worked as a journalist. My two daughters grew up with Memorial. The older daughter now lives with her children in New York and the younger is doing research at Humboldt University in Berlin. These days, they're very worried about their parents because we now live in a dictatorship.

In fact, we spent about 20 summers in our country house in the Ukrainian village of Shishaki. I imagine we won’t ever see it again. Politics here have become both absurd and unpredictable. We live in the moment because we just don’t know what will happen next.

I am afraid that our work in Russia for Memorial is going to be extremely difficult in the future. We are trying to save what we can from the archives, from all the things we have collected and processed. It’s just small, gruelling struggle every single day. I don’t have any time for bitterness or disappointment though. If I am to talk about feelings, then it would be about other stronger feelings, like rage and anger.

I certainly don't regret not staying in Europe in the 1990s. After all, my whole life is connected to Russia. Still, I've since left the country. What I regret are the things that I delayed or put off, and for which we have now run out of time.

In her book, “The Future is History”, author Masha Gessen shows us an oppressive vision of Russia, a country that has been unable to reclaim its soul after the end of the Soviet Union. Her semi-factual novel, based on various interviews and reports, tells the personal tales of three generations and at the same time acts as a pyscho-social analysis of the Soviet legacy.

A house in Auckland

A little piece of home away from home