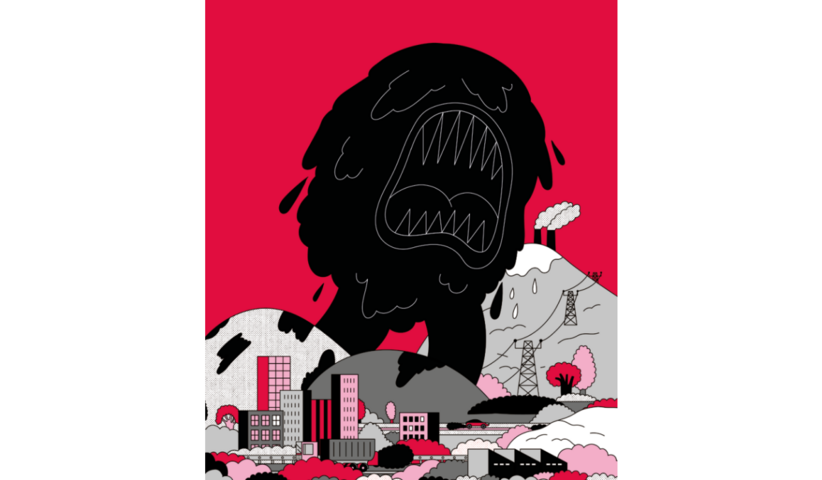 Ms. Adib, if you were only listening to the world's politicians you would think we were well on our way to the greener future. However, if you just take a look at the data you can see immediately that 80 percent of the world's energy needs are still being met by oil, gas and coal. Are politicians being deliberately deceptive?

I wouldn't call it deliberate deception, more like a kind of self-congratulation for political reasons. But you can also look at it from a different perspective and you see that our whole economy has been based on fossil fuels for around 150 years. So it's natural this would result in some political sluggishness. On the other hand there's been a lot of movement in the renewable energy sector over the past few years. About 150 nations have committed to increase their use of renewable energies. Even actors like India, who had been rejecting these sorts of targets for a long time, are now trying to become climate neutral, since the last world climate conference.

But as the International Energy Agency (IEA) recently said, promises made on climate neutrality have not yet led to a big increase in spending on clean energy. Why is that?

There are a lot of reasons. One is that critics of renewable energies have spread a lot of myths about it. For example, the story that renewable energy sources will never be a reliable enough source for our power because „the sun doesn't always shine“ or „the wind doesn't always blow“. As unrealistic as those kinds of claims may be - especially when you consider that the share of renewables in many countries is still only at 10 percent to 15 percent - they have fuelled doubt among the public and also some politicians.

A second reason for the slow progress is that a lot of renewable energy projects are not  really „bankable“ yet. That is despite the fact that solar and wind energy already represent the most cost-effective way of generating electricity. In other words, the regulatory framework isn’t yet offering investors enough incentives to get involved on a bigger scale. Political reality is lagging behind the public's demands. Demand and realty are also moving further apart when it comes to subsidies. In 2021, governments were going to support fossil fuels with subsidies worth around €350 billion.

Considering how bad the climate crisis is, that just sounds crazy.

Not just crazy, it's also cynical if you consider that a lot of countries have already agreed on support for renewable energy sources. Despite this, in at least 115 countries, public money is still being spent to subsidize fossil fuels.

The United Nations' Development Programme really illustrated the absurdity of this when it released the video, Frankie the Dino, before the World Climate Conference in Glasgow. „Imagine if we spent hundreds of billions a year subsidizing giant meteorites,“ a computer-generated dinosaur says to assembled UN members.

This is an apt comparison because we are basically financing our own extinction. At the same time, we also have to take a realistic look at subsidies. They've made electricity generated by fossil fuels less expensive than it should be for decades. To simply abolish them from one day to the next would have serious societal consequences. That's why we urgently need not only political innovation in the renewables sector, but also clever strategies that would help ameliorate the negative impacts of subsidies that are suspended.

In the future we're going to need a healthy mix of energy from different renewable sources.

But instead of coming up with those kinds of strategies, many countries just seem to want to blame other nations. As in, „our“ policies won't matter, if „their'„ policies don’t change. That's something you often hear in Germany and in the US too. Is that true at all, that the rest of the world isn’t doing enough?

That really depends on your perspective. Of course, you can look at China and criticise the levels of coal and gas usage. But you also have to consider the huge amount of people there are in China. Additionally you could also say that nobody has as much wind and solar energy as China does. The total capacity for renewable energy there is around 908 gigawatts while in the US, its currently at just 313 gigawatts. It's also true that developing countries have been catching up with their annual investments into renewable energies. So first impressions can be deceiving.

Does it frustrate you that many politicians still see the energy transition primarily via economics and economic competition?

I prefer to say that it motivates me. It forces supporters of the energy transition - that includes my own organization, REN21 - to be more creative. If we see that governments are not being ambitious enough, then we need to put more pressure on, for example, by speaking to the private sector or to civil society groups.We don't have to convince everybody, just enough people to make for a critical mass that can then force the politicians and the market to change their minds.

Here's an example of what I mean. A representative of the German Federal Ministry for Economy and Energy told me that she was happy about the Fridays for Future movement. Without that movement, she said, the ministry would not have been forced to make some tough decisions around ecology and sustainability. To me, that means that if the pressure can be increased then change is possible. That is exactly why I've recently been taking to lots of city councils and community boards. Countries might be slow to change [at federal level] but cities have to face their residents more directly. And they are asking not only for affordable power, but also for clean air and better public transport.

But cities don't have enough political power to lead the energy transition at federal level, do they?

But that doesn't mean that they can't still provide important political impetus. At the moment there are more than 1,300 cities around the world that are taking firm action to promote renewables. In Barcelona, there's been a surge in solar energy capacities, in Paris supermarkets are using fleets of electric vehicles and in Cape Town, authorities recently filed  a law suit against the South African energy regulator demanding they purchase more renewable energy from independent producers. These kinds of things generate political pressure and force progress at national level too.

Could the energy transition be accelerated by technological innovations, things like green hydrogen, which seems to be being mentioned a lot lately?

Of course, we keep an eye on other technologies besides wind, photovoltaic and thermal energy. At REN21, we consider ourselves „technology-open“, which means we're open towards different kinds of renewable energies. In the future we're going to need a healthy mix of energy from different renewable sources. In that, green hydrogen could play an important role precisely because it could turn certain economic sectors climate-neutral, that otherwise would have found that very difficult - sectors such as the fuel-intensive transport sector and heavy industry.

So do you believe that ultimately we will succeed with a global energy turnaround?

No matter what, it's going to require a huge effort. I'm currently reading a French book called „How to live an ecological life without getting depressed,“ but I still have a lot of confidence (she laughs). You also have to be a little humble and try to appreciate the small changes, not just the big ones.

This interview as conducted by Kai Schnier.

The train to hell

From a symbol of prosperity to a lawless space: New York's underground has changed with the city. A journey through its history.

The earth needs to rest

In Quechua culture, life above ground is closely linked to the subterranean. From birth to after death, the Pachamama plays a vital role.