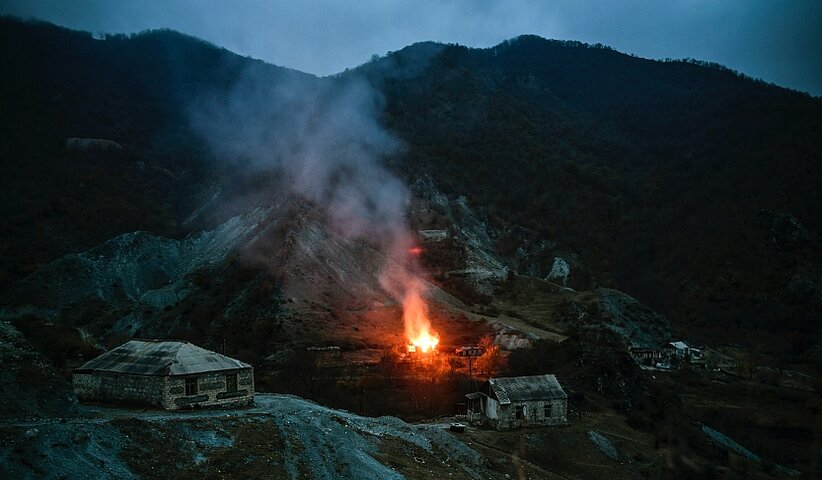 In the Armenian capital of Yerevan, everyone is talking about the Nagorno-Karabakh war of 2020 when Armenia was defeated by an alliance of Azerbaijani and Turkish forces and Syrian mercenaries. Even now, the deaths of several thousand people are still being mourned. During the conflict, many Armenians had to flee Nagorno-Karabakh and lost their belongings.

Since then, the words “border” and “near-border” have been omnipresent: in social media newsfeeds, conversations on the street and in the parties' mutual recriminations. Azerbaijan's territorial gains have pushed the border area into the Armenian interior. The effects are felt by all: only recently, for example, a shepherd tending his sheep near the border was kidnapped - and a herd of cattle disappeared after accidentally trotting onto the enemy side of the border. Such incidents are now part of everyday life.

In Yerevan, we try to live with the realisation that the border has been shifted by the war.

A year ago, Armenians flooded the streets and peacefully chased their prime minister out of the top office. How is the country doing today?

Carefree into the new year

How I discovered the magic of storytelling