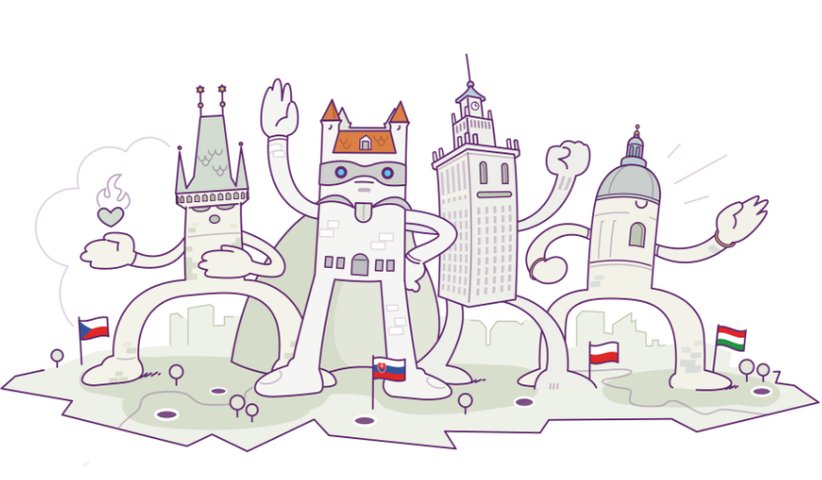 Zdeněk Hřib illustrates how effective communication channels are with an example from the beginning of the Corona pandemic, back in March 2020. Just three months previously, Hřib, the Mayor of Prague, had founded the Pact of Free Cities, together with his counterparts in Budapest, Bratislava and Warsaw. When news of the impending virus mounted, he reacted quickly and introduced compulsory mask-wearing on Prague’s tram and underground system. “We were the first EU country to implement this rule, even before the Czech government introduced measures,” he remembers, adding: “And that’s how we inspired Budapest.” There, too, compulsory mask-wearing was quickly introduced.

This illustrates well the aim of the pact which the capital cities signed in 2019 in a whirl of media hype. Back then, critics suspected it was a mere PR stunt. At a large-scale press conference, the mayors of the Visegrád Four posed for photographers in Budapest. The mayor, Gergely Karácsony, is regarded as the initiator of the alliance. With him at the the event were Rafal Trzaskowski (Warsaw), Matúš Vallo (Bratislava) and, as mentioned, Zdeněk Hřib (Prague). Behind them hung a full-length panel that they signed there and then. It bore the title “Pact of Free Cities” and contained a solemn proclamation that the mayors would “uphold and disseminate the joint values of freedom, human dignity, democracy, equality, rule of law, social justice, tolerance and cultural diversity.”

“Zdeněk Hřib, for example, is known for initiating a much-admired Czech political delegation that travelled to Taiwan last summer, thereby clearly distancing itself from the sinophile policies of the Czech government, and in particular of its state president, Miloš Zeman.”

The four mayors represent the citizens who live in their respective capital cities, the majority of whom see themselves as cosmopolitan, liberal and open-minded – and therefore often in conflict with their governments, who frequently display populistic and nationalist tendencies. “It’s no secret that I have a similar problem with the Czech prime minister as my colleague in Budapest does with his government leader,” says Zdeněk Hřib, for example. He regularly has public clashes with the prime minister, Andrej Babiš, often over financial support for infrastructure projects, for instance. Hřib sees these clashes as a topic that unites all four capital cities – a topic that “threatens the very existence of local government.” They are most visible in Budapest and Warsaw: “Our governments are curtailing our cities’ incomes and thereby creating a de facto liquidation of local government.”

The four mayors are young – between their late thirties and late forties – and although they belong to different political camps (a social democrat in Budapest, a Christian democrat in Warsaw, a green “pirate” in Prague and a left-wing liberal in Bratislava), they are united by a modern, liberal and cosmopolitan approach to politics. This is precisely why they often clash with their governments. These days, for example, Prague is pursuing what appears to be a shadow foreign policy. Zdeněk Hřib, for example, is known for initiating a much-admired Czech political delegation that travelled to Taiwan last summer, thereby clearly distancing itself from the sinophile policies of the Czech government, and in particular of its state president, Miloš Zeman. The visit resulted in harsh criticism from Peking but also from the ranks of the Czech government. The fear of sanctions as a result of such solo efforts was one of the reasons the Pact of Free Cities was formed.

“The best-case scenario for the four mayors would be to apply on behalf of their cities for EU funding on their own initiative rather than via their national administration.”

“Through joint negotiations and exchanges, we can develop stronger competencies and generate more funding,” says the mayor of Bratislava, for example. And he adds: “Our lobbying efforts with the most important EU institutions aim to emphasise the importance of directly financing the cities.” The best-case scenario for the four mayors would be to apply on behalf of their cities for EU funding on their own initiative rather than via their national administration. When the latter happens, the money is often siphoned away or distributed elsewhere to the disadvantage of the capitals, as one hears behind closed doors in circles close to the mayors.

But there is also criticism of the mayors’ singular approach. The conservative Czech political analyst Petr Robejšek, for example, writes wryly in a blog post: “This strategy is not completely new. We are familiar with Italian city-states like Florence and Venice during the Renaissance. At that time, they were centres of power, spreading fear and drawing envy. Today the Visegrád metropoles are supposedly islands of good, bravely stemming the tide of populism and moral depravity.” The problem with this, Robejšek continues, is that the cities only represent a minority of their country. The Polish presidential elections, in which the Mayor of Warsaw stood as a candidate and was defeated, clearly illustrate this.

“The Pact of Free Cities seems to exert an attraction for other local authorities. In the Visegrád countries, dozens of other districts have already signalised their support, as rumour has it in their respective local government circles.”

Up until now, the Pact of Free Cities has not been greatly affected by derisive commentaries such as these. This is surely because, since its founding to a fanfare of the press, little has been heard from the new alliance. But the spokeswoman for the Mayor of Bratislava, Katarina Račanová, says emphatically: “The Pact of Free Cities is active.” The work is allegedly going on behind the scenes for the most part. There is even a working structure in the meantime. For example, each of the cities has a coordinator for the project who meet together every two weeks, albeit only virtually at the moment. Working groups for different topics are also in the pipeline.

Which topics will be in the foreground, however, is still undecided. Nonetheless, there are some indicators. Ecological sustainability is likely to be on the agenda. “We do not limit ourselves to the same values – we also have joint projects,” says the Mayor of Prague, who then goes on to explain: “Together we support the European Green Deal, for example, and have expressed our interest in a fresh start after the Corona pandemic has died down.” By this, he is referring to EU efforts to invest money in innovations that benefit environmental and climate protection, a topic that none of the national governments has actively taken up. The cities, however, have already gathered together their experts to exchange ideas and possibly draw up coordinated efforts. This illustrates how efforts to gain direct access to EU funding have come full circle. The mayor of Bratislava would in future like to receive money for projects like these directly from Brussels, says his spokeswoman: in this way, he could liberate himself, to a certain extent, from his own government’s policies.

The Pact of Free Cities seems to exert an attraction for other local authorities. In the Visegrád countries, dozens of other districts have already signalised their support, as rumour has it in their respective local government circles. And Katarina Račanová has already announced the next spectacular event: “We are currently working on expanding the pact to include other cities in Europe and beyond.”

An alphabet with 32 letters, tongue twisters and infinitely long words: a crash course on the pitfalls of the Polish language

In her debut novel, Nana Oforiatta-Ayim defines both her European experience and her Ghanian roots.

Earth, how are you doing? (In theory)

Why nationalism, in all its forms, demands a response.

The country in the spiritual east

Nationalists in government, fanatics on the streets: the German explanation for the situation in Poland is often quite simple. But it is not so clear cut.

“Bringing the truth to light”

an interview with Lotte Leicht

Lotte Leicht, the EU director of Human Rights Watch, argues why is it important for victims' stories to be heard.

The government is remodelling the country. Many people in Poland are protesting against the changes. But why does the opposition remain so weak?