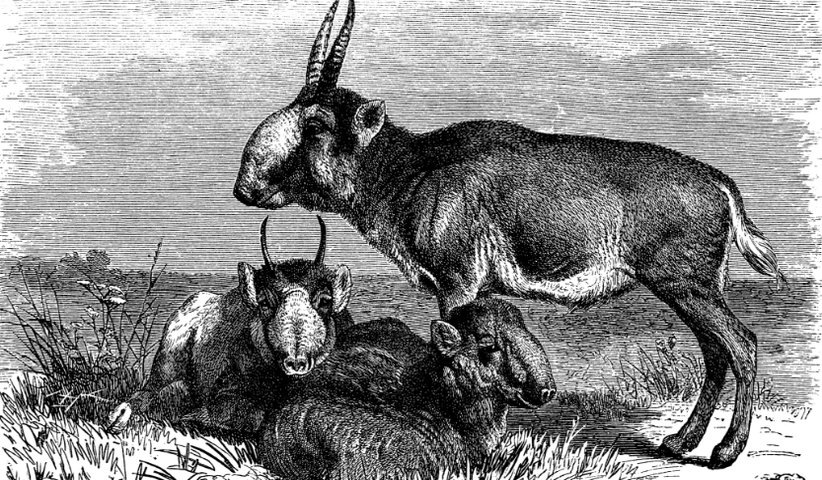 The saiga antelope is special for many reasons, not least because it dates from the ice age. Illustration: Getty Images

About a special animal from Uzbekistan

With its trunk-like nose, the saiga antelope is reminiscent of a character from the Star Wars universe. As early as the Pleistocene, 70,000 years ago, it roamed the steppes of Europe and Asia, living at the same time as woolly mammoths and sabre-toothed tigers.

But in the 1990s and early 2000s, the population was decimated by 95 percent, threatening this fascinating antelope with extinction. The largest remaining population lives on the Ustyurt Plateau, which lies between Uzbekistan and Kazakhstan. In the legends of the local pastoral tribes, the saiga is considered the “spirit of the steppe”.

“The skulls of the saiga males were considered a protective amulet against diseases”.

Traditionally, it was hunted for its meat and the skulls of the males were considered a protective amulet against diseases. However, this is not the reason for the dramatic decline of the saiga. Rather, it is due to the high demand for saiga horns in the countries of East Asia: many traditional Chinese medicines contain saiga horn, which is used in powder form for detoxification, against colds and lung diseases.

After the collapse of the Soviet Union, illegal saiga hunting provided locals with a much-needed source of income. In addition, oil and gas production and railway lines increasingly restricted the animals' habitat. Fortunately, the saiga is now protected and population numbers are slowly recovering.

A controversial antelope in India

Many Hindus consider the nilgai a holy animal. But the large antelopes damage many fields in rural India. The indian author Kumar Prashant talks about a special animal in India