“We are bringing species too close to one another”

In conversation with Donal Bisanzio 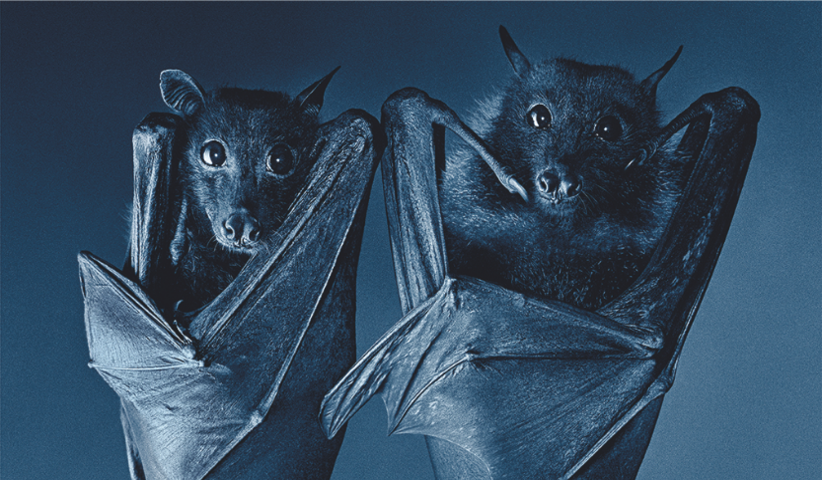 Zoonotic diseases are pathogens transmitted between humans and animals. How can they be kept under control? A conversation with the epidemiologist Donal Bisanzio.

Mr Bisanzio, the coronavirus has probably been transferred from wild animals to humans and now there’s in the news that workers at a poultry farm in Russia have caught the bird flu (H5N8). Are humans living too close to animals?

We started living close to animals thousands of years ago. The big issue right now is not just that we are living too close to them, it is also the mixing of animals that we create. We are bringing species that usually live far apart too close to one another. Living close to animals, mixing them in an unnatural way, increases the risk of other viruses passing from one animal to the other. If you go to a market in Southeast Asia, Africa or South America, or sometimes even in Europe or the US, you can see that there are many species at close proximity. This allows a virus to literally jump from one species to the other. The chance is like when you go to the casino: If you put always the same number and you play every single day, of course at some point you are going to win. It’s not like winning of course, but at one point this will happen.

What other factors favour the transmission of diseases from animals to humans?

Many studies have highlighted how zoonotic spillovers recorded during the last decades were linked to human-caused environmental destruction. Loss of biodiversity can increase the risk of disease spillover from animals to humans. A reduction of biodiversity could result in the population growth of some species altering the interaction among animals. These changes can also enable wild animals to come closer to our homes and helps the spread of disease. For example, I live in Notthingham, UK. It was snowing a few days ago, and I was looking outside my window and I saw a fox running around my neighbourhood. In Italy, like in many other places in Europe, the US and Canada, deers are getting closer and closer to humans.

How do viruses get from animals to humans?

In Piemont I conducted some research with a colleague from the University of Turin on an outbreak of the Blue Tongue disease. It is a zoonosis. You need to have an insect to bring the virus from a deer to cows, for example, and there’s a risk of farmers getting infected. We found that where you have an outbreak in the deer population, the year after there is a high chance for an outbreak among domesticated animals. We call ourselves human but we are still animals. We are still inside the evolution chain and this is why we are still in the food chain of these bacteria, viruses and other types of agents.

What makes pathogens such as viruses or bacteria so dangerous - even on a global scale as seen with the coronavirus pandemic?

We have to think that bacteria, viruses and other types of agents, are programmed to survive. Viruses are very good at this. They go into a new environment, they mutate, they can adapt. With coronavirus, we don’t know which animal was the first, but we know that the virus arrived in a new environment. Think about your body as a new territory, and the virus has adapted to it and now is transmitted not only from animal to human but also from human to human. This is also why we have these antibiotic resistances. The bacteria want to survive. They have some tricks they can play to escape antibiotics.

You have been conducting research on different zoonosis for many years, mostly in Europe and the US. What diseases did you focus on?

My interest was Lyme disease which is transmitted by ticks almost everywhere in Europe and in the US. I worked with raptors during an outbreak of avian flu in Italy. We checked if raptors in zoos were in contact with this virus. I have fifteen years of experience in collecting animals and vectors of diseases.

What is a vector?

Vectors, like ticks or mosquitoes, transmit the pathogens of infectious diseases. The West Nile virus is a disease whose major vector is a mosquito. The reservoir, the anatomical site in which the virus or bacteria can accumulate and persist, is birds. The mosquitoes can also bite mammals, like humans, dogs and horses. The disease can have an effect on humans with fever and flu symptoms.

Why is it important to examine these vectors?

When you identify this type of link, it is easier to increase the surveillance. It is just like in the case of Blue Tongue disease: If you are starting to see the deer get ill and die of Blue Tongue, you should start to increase the surveillance with the food production, in this case on cow farms. You should make a ring around this area and then stop the spread of the disease.

So you think the solution is surveillance?

For me, as a veterinarian, the most important part is surveillance. You should always evaluate the risk. That’s has already been shown in in Southern European countries. There, the surveillance system for meat production is very good. It is very unlikely that you will see big outbreaks of salmonella, E. coli without people tracing where it originated. When you have unregulated meat production or bush meat, anything can get from the forest to the table and that is where problems start. The pathogens can not only be transmitted by living animals but also by dead animals, for example, by food. With Ebola it was pretty clear: It came from bush meat sold at the market and then Ebola outbreaks afflicted remote areas. In Western Africa it spread to cities.

How does such a surveillance system work?

Every single flock or farm has its code that is linked to a particular animal. When you look at a cow, you see it has an earring. That earring is a unique number. That code is followed during the entire food chain. In Italy, the butcher also puts the name of the farm when they sell the meat. If something happens, you can track it back to the source. I’m not telling you that in Italy, Germany or France nothing happens. But when it does the surveillance system needs to be quick in to find the source.

What can we tell about future zoonoses on this basis?

It’s very difficult to predict the next zoonosis. When I was in vet school, they taught us to always look at risk. Some situations are riskier than others. We already know about the risk linked to birds, pigs or ducks. That said, I can’t say: “Next time it will be a snake”. It’s very difficult to predict what is coming next but what we can do is build up a very good surveillance system. If something pops up somewhere, let’s be very fast in analysing and stopping the spread of the particular agent.

Is this pandemic a warning for more to come?

Yes, although I don’t know exactly in what way. We don’t know if the next one could be easier to handle than this or even bigger. Noone really thought about this, even though we spent a lot of time talking about “Disease X”. Covid showed us that we were kind of prepared, but not well prepared. We were preparing for a storm, but not for such a big one. There was no single answer to the virus, every country followed its own rules.

Let it be love

There are probably more romantic places to fall in love than a butchery. But it is there, between cow carcasses and dead pigs that quality controller Mária and her boss, Endre, cautiously get to know one another. The film that tells this tale is On Body and Soul, directed by Hungarian filmmaker Ildikó Enyedi.

In the shade of the cedar tree

The cedar tree is Lebanon's national symbol. Unfortunately, the ancient trees can be seen only sporadically

In France food is always a big topic!

The hunters and the hunted (I think that ...)

We think that graffiti should be legalised

A lawyer and a photographer explain why we should not let the ability to shape public space be taken out of our hands.