A hotel for women writers 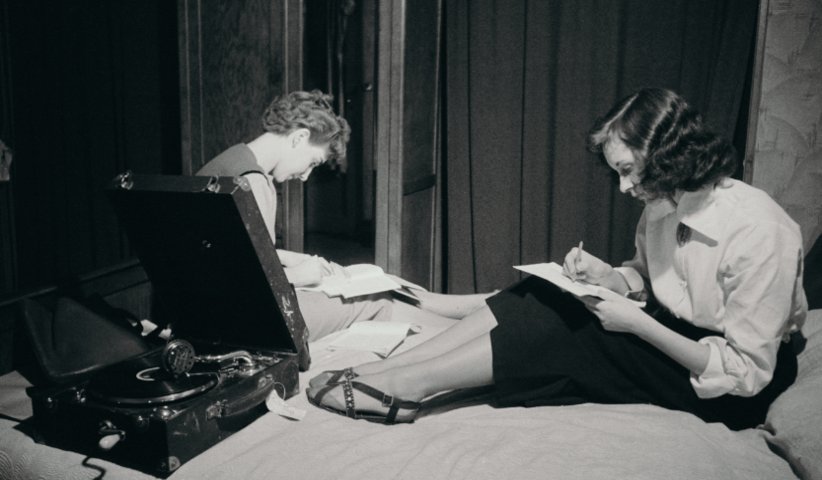 The German-French collective “Réseau des Autrices” offers female authors a virtual home for their ideas - and a space for political debate.

Three editors are waiting at the reception of the hotel. They welcome their new guests and take their texts from them, before ushering them into the lounge, where the other female writers are already waiting. “Bonjour”, “Ça va?” The women chat animatedly. But plenty of imagination is needed here, not least because the “Hôtel des Autrices” is an imaginary lodging.

When the Corona pandemic prevented real hotel visits in spring 2020, French writers from the “Réseau des Autrices” network in Berlin developed a virtual platform together with curator Marie-Pierre Bonniol. With writing workshops and editing assistance, the “Hotel der Autorinnen” has since offered many German and French-speaking authors a space for creativity, exchange and mutual empowerment. Its initial virtual residency took place last autumn, with more slated to follow this year.

After the check-in, the writers explore the hotel. With the help of the communication tool Workplace, they can exchange and discuss their texts, which are accessible to all as Google Docs. The interactive map on the project's website serves as an overview and archive. Besides the hotel rooms, the venues include, for example, the hotel bar, an old ballroom and the pool.

“During the first residency, more than thirty texts were created.”

“The hotel is simultaneously a literary project, an artistic proposal and also a place for political debate,” explains Delphine de Stoutz, who heads the “Réseau des Autrices”. For example, there is an ongoing debate about money: “The remuneration of texts is more of a reward than a wage,” criticises de Stoutz. “But writing must finally be recognised as work rather than a hobby.”

It is no coincidence that the hotel is only open to women. The collective wants to influence a literary scene that is still dominated by the male perspective, says de Stoutz. Women still face major obstacles in the industry. Mothers, for example, often lack the time and money for their literary training because they look after their children and earn less. If they still manage to publish, their books are less likely to be reviewed, explains de Stoutz. There is a lack of visibility.

During their first residency at the Hôtel des Autrices, the twelve invited authors wrote more than thirty texts - short stories, poems, letters. Many stories are interconnected, characters or plots overlap. Writing is thus not only an individual but a collective process. The writers of the “Réseau des Autrices” also see themselves as a bridge between German and French. They want to show that language is not a question of either/or. All texts are published in two languages, and the work of the translators is particularly appreciated. This year, Francophone female authors from other countries will also check in. The hotel already works with cultural institutions in Québec, Brussels and Marseille. In the future, other partners in German-speaking countries are to be added to the list. One advantage of an imaginary hotel, after all, is that it is not tied down to a single place.

Beetles at the petting zoo

About a special animal in Japan.

The hunters and the hunted (I think that ...)

We think that graffiti should be legalised

A lawyer and a photographer explain why we should not let the ability to shape public space be taken out of our hands.

“Humans think that animals are slaves to their emotions”

In conversation with Frans de Waal

Behavioural scientist Frans de Waal talks about emotional animals and how we humans have become alienated from nature. A conversation.