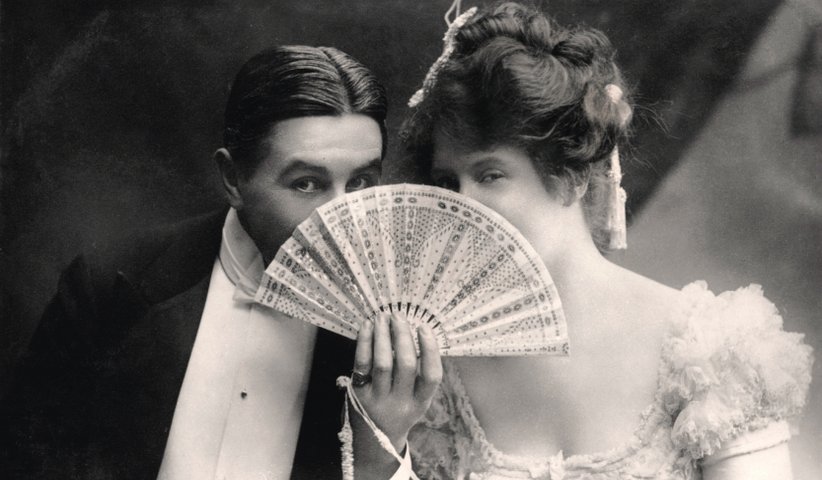 In Victorian times, many things were unspeakable. But has that really changed today? Foto: Getty Images

Everyone thinks they are enlightened. Yet death and sex are still as hidden as they were in Victorian England.

In the bad old days society was riddled with taboos – wasn’t it? Even the most enlightened and liberal cultures were, throughout the 19th century and well into the 20th, obsessed with codes and modes of controlling their members  – many of these taboos being so rigorously inculcated that we were unable to perceive the boundary between that which was doable, and the other which was, quite literally, unthinkable.

I say ‘we’ advisedly, because I grew up in just such a society: one as vermiculated with taboos as a corpse is by worms. Certainly, that’s the way my burgeoning mind and growing body experienced it. Clearly, I was a sexual being – and quite possibly preternaturally so, since I cannot recall a time when I didn’t have sensual thoughts, and a preoccupation with the bodies of others. Yet I was surrounded by middle aged and older people who manifested themselves as entirely devoid of sexuality, and who seemed to swim in a similarly denatured medium.

My parents were a little on the old side for the era – my mother was forty when I was born in 1961, my father a year older. My mother, being American, and having grown up in New York, was considerably racier (and the anachronistic epithet seems apposite here) than my father. She clearly had – in the idiom of the era – ‘a past’. Moreover, the works of Freud, Fromm and De Beauvoir that shouted their titular cries of ‘Taboo!’, ‘Love!’ and ‘Sex!’ from our bookshelves, were hers – while Dad’s tastes ran rather to insufferably dull books about politics, since this was the subject he taught as an academic.

There was this bromide – and there were also his parents and their milieu, around which we spent a considerable amount of time. My grandparents were born in the 1890s – and my grandmother had, indeed, been held up to see the old Queen’s funeral cortege; both were, perforce, Victorians, and I cannot recall either of them ever referring to human concupiscence in any form whatsoever. We also went for tea with so-called ‘maiden aunts’ in the neighbourhood: unmarried women of indeterminate age, who still wore dresses of black bombazine from the 1920s.

My father, who enjoyed golf and tennis, also had two close unmarried men friends who were his boon sporting companions – and by the time my brother and I were into double digits we realised that they must be gay. Not that our father would – or indeed, could – acknowledge this.

The absence of talk about active heterosexuality in my childhood had mirrored what I discovered in literature: a predictably voracious reader of novels, I scoured the works of Dickens, Trollope, Eliot et al. for the merest suggestion of skin-on-skin – but couldn’t even find so much as a copula that signified copulation, only ellipses and other forms of typographic caesura. In all seriousness: I used to lie in bed puzzling over how it was the human species had managed such an exponential increase in the past century or so.

As for homosexuality, in the late 1960s and 70s most Britons underwent a strange sort of revelation – one that left my father untouched. The Wolfenden Report of 1957 had recommended the decriminalisation of sexual acts between consenting men (lesbianism was never illegal in Britain – a result not of liberality, but more taboo, admixed with good old misogyny), although it took another decade for this to be enshrined in law. During this period – and for some time after – our radio waves and television screens were dominated by gay comedians and presenters, whose camp behaviour was treated as simply amusing flamboyance, while their true sexual orientation was hidden in plain sight behind a screen of execrable doubles entendres.

Just as I couldn’t figure whether the Victorians had ever copulated – so I couldn’t understand how my father was able to deny the obvious: that at least two (and possibly more) of his close male friends were gay. But he never did – anymore than my grandmother ever abandoned her faith God, and the practice of that peculiarly lukewarm version of Christianity known as the Church of England. They went to their graves not caring to talk about either sex or death for that matter.

My father used to say – when my Freudian sallies had driven him to exasperation: ‘Not everything is about sex, you know – I’m sure that Agatha and Dreda have never had so much as a sexual thought in their lives.’ Agatha and Dreda being the aforementioned maiden aunts.

Death remains for the most part quite unspeakable

Now all of these taboo-ridden relatives of mine are long gone, while all around me is a society – and attendant culture – that prides itself on its lack of taboo. At least, sexual taboo – death remains for the most part quite unspeakable, unless modulated by the amusingly Gothic, or the entertainingly horrific. But I wonder whether our sexuality is really an open book nowadays – even in Western European countries that espouse tolerance and inclusiveness towards those with non-heteronormative orientations and non-binary genders. If I have the misfortune to watch a sex scene that’s been made for mainstream screen consumption, it’s still a furtive and guilty-seeming act – for the most part concluded rapidly.

The English writer, Martin Amis, once observed that sex between long-married people is like sibling incest: it happens very infrequently, and is always followed by great shame for both parties. I wonder sometimes, if our ageing populations are really like those long marrieds for whom actual making love is merely a fading memory of mutual fascination – hence these depictions of largely youthful, athletic and seemingly uncommitted sex.

People may well be at liberty to pursue the most esoteric and unbridled licentiousness in privacy – but the public sphere remains oddly void, apart from the aforementioned physical jerks. Yes, yes, of course I know about the worldwide web, and its almost limitless vistas of the most polymorphic perversity; and I know that with only a few keystrokes I could summon a video of a man having sex with a donkey – or a donkey having sex with a man for that matter.

But the fact of the matter is I don’t hit those keys – or at least, not much. The comparison may be disturbing, but when we do give in and sex by cyber-means, are we that different to the sexual hypocrites of earlier eras? They descanted on lofty spiritual matters in their drawing rooms, where the table legs wore dear little skirts, then descended to transact with the half-naked child prostitutes in the streets below. Taboo still follows the path prescribed by the old adage: out of sight – out of mind. Indeed, the web seems purpose-built for this, allowing as it does for the almost infinite divisibility of preference, orientation and identity to be factored into its at once illimitable and demarcated space. Of course there will be leakages from the virtual into the actual – while revenge porn, cyber-bullying, and of course, child pornography are far from being victimless crimes.

Yet for the most part, it seems to me the taboos we thought we’d abandoned in the past are replicated in this shiny-new specular medium, with its rippling surface of commerce, and its dark underbelly of forbidden desire. Of course it remains the case that you can speak (and write) of all manner of things now that would’ve caused my father – let alone those maiden aunts – an aneurism; but it isn’t that the world is tolerant of such things – it simply isn’t listening at all, so distracted has it become by its endless and narcissistic images… of itself.

The English as inventors of alpinism

an interview with Will Self

Why are people in flat countries magnetised to the mountains? An interview with the writer Will Self.

In the past, society made us feel guilty. Today we do it ourselves.

Virgin until the Wedding

A conversation behind closed doors about the many sexual taboos in Iran.

About a special animal in Vietnam