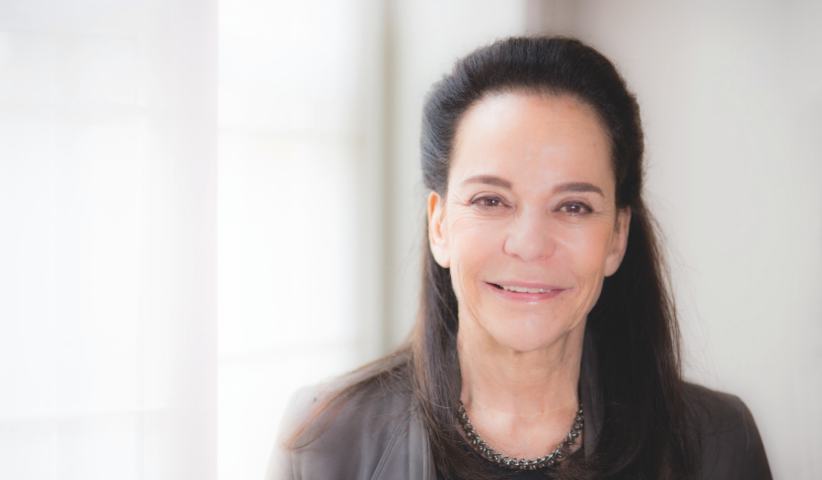 Mrs Eliacheff, we live in an era in which many taboos seem to be dissolving. But the taboo about incest remains. Why is that so?

Various disciplines look at the taboo of incest: Anthropology, sociology, all those who deal with the family and children. And they all have their own explanation for this ban. All cultures ban incest and it regulates the sexual relations of a family. There is not a single culture that doesn’t ban it. Nonetheless, it hasn’t been possible to make it disappear. Anthropologists such as Claude Lévi-Strauss have explained the incest taboo as having a function, i.e. as a way of opening up to other societies by not staying within your own family. For psychoanalysts and psychiatrists, the ban on incest meant that girls and boys, women and men could develop well - it is about alterity, about being different. In our societies it is forbidden by law for a father to sleep with his daughter and if it happens, the perpetuator is punished.

But abuse happens again and again. Why?

Red lights are there because violations happen. If everyone respected the prohibition, there would be no need to ban it. There has always been abuse and it continues but it's being reported more now because people have begun listening to children. In the past, there was the all-powerful father figure and it was not deemed impossible that he could do such terrible things. The incest taboo always carries with it the sense of being something you can't talk about. However, this form of incest is no longer taboo because it is talked about and its perpetrators are punished. Other forms of incest, however, are much more taboo and are usually kept silent.

Françoise Héritier, anthropologist and successor of Claude Lévi-Strauss, has discovered a type of incest which she calls type II. For example, when a mother and daughter or two sisters sleep with the same man. This incest is not forbidden by law but it has a damaging effect on families. Why does Héritier speak of incest? In a family, the mother and daughter are closest to each other, and now, through the sexual act, they become even closer and bodily fluids are mixed. This type of incest can also be understood in another way: In incest of this type there is a prohibition: that mother and daughter or two sisters rival each other. They are in sexual competition. Then there is platonic incest. This is not based on a sexual relationship, mother and daughter don't sleep together, but the mother imprisons the daughter psychologically. She is under the mother's spell.

What exactly happens in the relationship between mother and daughter?

No one is closer than a mother and her daughter. In platonic incest, the daughter cannot separate herself from her mother because the mother abuses the daughter by excluding the father. This type of incest is extremely common. But it is not reported because it takes place in the name of love. Viewed from the outside, you get the impression that the mother loves her daughter madly, that they are always together. But the daughter has no other social relationships so she has to be protected. Alice Miller revealed this incest in the “drama of the child”, and Elfriede Jelinek dwelt on it in her book which was adapted by Michael Haneke in “The Pianist”. The daughter cannot complain, she is loved. This form of incest is encouraged by our society through divorce and single mothers. That doesn't mean that all mothers who raise their children alone are abusive.

So how does this taboo work?

It is not sexual. The common thread is exclusion. In platonic incest, the father is excluded from the mother and daughter relationship. In perfidious incest, when the father sleeps with the daughter, the mother is excluded, even though she may be an accomplice. Also rivalry arises here, because the father has chosen the daughter, but had previously slept with the mother. The sexual aspect of incest is almost as an extra detail. Incest functions essentially through the exclusion of a third party.

A taboo is about silence, about secrecy, internal coercion.

Exactly. If, for example, the father sleeps with the daughter, she can't say anything to her mother, because she's excluded. That’s not to be talked about.

Is it possible to draw a connection from misguided relationships within a family to the bigger picture?

I don't know if I can answer that. But in order to construct an identity, the daughter has to identify with the mother, but also to find her own voice that is distinct from her mother’s. She has to detach herself to differentiate herself. This means that the mother must give the daughter the opportunity to do so. This makes the relationship between mothers and daughters more complicated. It's real work. Respecting parents doesn't mean doing what they want. If humans just repeated everything their parents did, they never would have invented fire. If you always do the same thing, you don't invent anything or create anything.

There is a great search for identity today.

There is an ambivalence in the word “identity”. It now does not mean what am I, but rather, what can I, or do I, want to become. And can I do something different from my parents? Normally, that should be possible.

If the bond between mother and child is not too strong…

Exactly. That's why the third person, symbolised by the father, is so important. They allow the daughter or son to detach from the mother.

With ”Totem and Taboo”, Sigmund Freud wrote a much acclaimed work. What is its significance today?

Anthropologists say Freud was wrong. Society was not created by the murder of the father by the son, not by sons fighting over the women. That's fiction. The story of the murder of the father isn’t part of humanity. But that doesn’t mean that this narrative does not have an effect on our psyche. It has taken root in our minds. All religions start with a murder. You can ask yourself: Are religions fictions? They all begin, by the way, with incest. That deeply embedded. For psychoanalysts, Freud is, if you like, a father to all of us. As in all societies, we have a father, some want to kill him, others try to be creative with what he has left us. Everyone tries to come to terms with his legacy somehow.

“Totem and Taboo” says that hostility, which you don’t know about or want to know about, is inflicted onto the outside world. In our societies today, what is being passed onto others? What doesn't work?

There are many things that don't work, but has there ever been an era in which everything worked? We are once again experiencing something that we could never have imagined would be possible: the rise of racism and anti-semitism. We thought that people had learned from the past. After the Second World War, racism and anti-semitism continued to exist, but it was impossible to express it openly, to let it out. People were too close to the war, too close to the Shoah. But the fact is that they are not over. Racism and and anti-semitism were only repressed, but that was a good thing. Today we are witnessing an abolition of the repressed. People can say all the very worst things. Racism will always exist. The question is: what can be done to repress it? We haven't found a solution to that yet. Social networks permit everything that had been repressed. One can express oneself online about everything and everyone without limits. You can see where that leads us. You are not allowed to do everything, you are not allowed to kill, but you shouldn’t be able to say absolutely everything in a society either. Limits are totally necessary.

Today, patriarchy is faltering, and at the same time it is returning in the form of authoritarian regimes, such as in Turkey, Poland or Hungary. Are we humans so unimaginative that we have to repeat everything?

I actually think that people have a strong imagination. Laws today enshrine equality between men and women: the patriarchy in our country is over. Men have never been so weak. The great controversy today involves the education of boys. It is a big problem. Because it is still mainly women who educate boys. In my personal context, I see feminists raising their boys like little kings. And then you wonder why they become macho.

Are we facing the danger of new taboos emerging?

Today there are prohibitions everywhere. This has to do with the idea of not wanting to offend one. Every group has its sensibilities, which means that it will inevitably be hurt by something. But today, every time a group is hurt, something has to be banned. This is crazy. Everywhere you can find examples of this: Cartoons that are blasphemy, old books have to be changed because they contain certain words, like “nègre”, for example. We are in a society where every community demands not to be offended. But it is not a question of saying that the Prophet or Jesus are not offended by a drawing, because they are above it. People forbid, in the name of the community to which they belong, and because they do not want to be hurt. This is exactly what is happening in our societies. It's an incredible regression. It has to be talked about. Take Charlie Hebdo as an example. If you don't find it funny, don't buy the paper. But you can't say that Charlie Hebdo doesn't have the right to blaspheme. Blasphemy is not forbidden. If you're offended by it and kill a teacher because of it, then we are no longer in a democracy, no longer within the framework of the law. Then we are in a totalitarian regime. It is a fascist attitude to forbid whatever it is that hurts you.

What are we silent about today?

I think that today we talk too much without really saying anything. It's not about talking, it's about listening. When women talk about what what has been done to them, for example on #Metoo, then it needs someone who someone to listen and do something with these statements. Certainly there are taboos, but since they are taboo, they are certainly taboo for me too. A taboo is not necessarily a mistake. In a bourgeois family, you didn't talk about money at the table, when my grandson talks about wee-wee, I say no, not at the table. You can't say everything at all times and not to everyone. These are, in my opinion, positive taboos.

“Come with us to Poland, it's just down the road.”

About the Kasada ritual on the Indonesian island of Java

At the paper mill

In his new graphic novel, Guy Delisle illustrates the summer job he once had in a Canadian paper and pulp factory.

Poland's relationship with its eastern neighbours is complicated - especially with its big brother Russia.