The power of prohibition 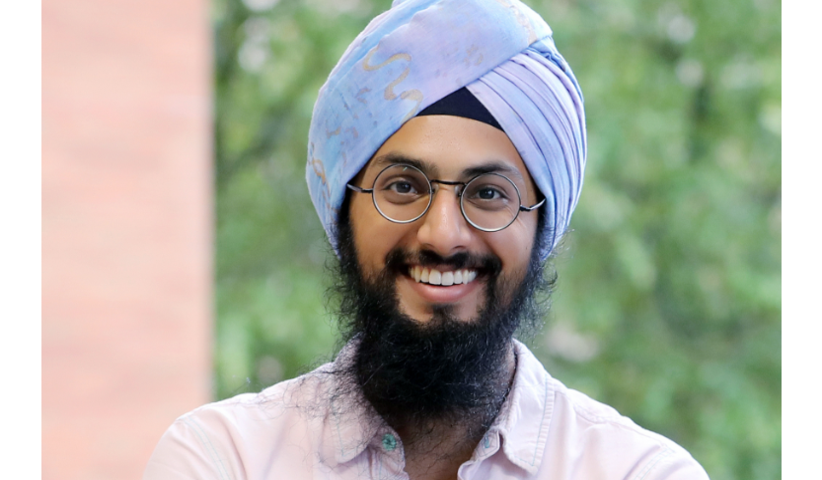 How taboos are created and why people break them.

According to an old Inuit story, a beautiful woman held sex parties at her house. Young people came over, played games, then assembled outside. Men pursued their favourite women, but in the darkness, the women couldn’t tell who their partners were. One night, the host wanted to know who kept choosing her. “So,” she explains in the story, “I went and daubed my hands with soot before I joined the others.” After she and her partner had sex, she smeared the soot across his back and ran back to the house.

She watched the attendees come in, one by one. “But for some time,” she says, “I observed no marks.” Then her brother walked in, “and I saw at once that that the back of his white jacket was all besmeared with soot.” Did she feel disgusted? Betrayed? The story doesn’t say. Instead, it tells us that she took a knife and sliced off her breasts. She handed them to her brother and said, “Since my body seems to please thee, pray take these and eat them.”

Then she turned and ran. He followed. She lit some moss to use as a lamp. He did the same. They ran and ran until “suddenly,” she says, “I felt that we were lifted up, and soared high up in the air.”

She ascended higher and higher, her lamp growing brighter and brighter, until she became the sun, the source of summer and warmth. He ascended, too, but his lamp grew dimmer and dimmer until he was the moon, cold and dark. To this day, they circle each other in heaven.In the beginning, there was incest. Gaia coupled with her son Uranus and gave birth to the twelve Titans. Brahma seduced his daughter Saraswati and set creation in motion. Egyptian mythology involved a chain of incestuous pairings. According to the Tukano of the Amazon, the Sun had sex with his daughter before she reached puberty, tearing something inside her and unleashing a flow of blood. Women menstruate monthly as a reminder of his crime.

These stories are built around a link between power and prohibition. Engage in the most wretched act, and something cosmic occurs, a supernatural energy is released that changes the world and pushes the extraordinary into existence. Gods, heroes, the sun and moon, all of creation—the primeval, the unfathomable, the superhuman—all result from carrying out the forbidden. In many societies, kings and queens engaged in incest, partly to preserve bloodlines but also to become gods. As the Hawaiian scholar Lilikalā Kameʻeleihiwa noted, “incest is by definition a formulation for creating divinity”—indeed, “the very act of incest is proof of divinity.”

In puzzling after the origins of taboos, scholars have published heaps of speculations

Where do taboos come from? Many places, it seems. Some taboos stem from our superstitious psychology. Pregnancy, for instance, is unpredictable, sometimes ending in the death of both mother and baby. For that reason, peoples everywhere treat it with precaution, observing a laundry list of taboos to ensure that everything goes smoothly. On Siberut Island, Indonesia, where I’ve conducted fieldwork since 2014, pregnant women are tabooed from tying knots, hammering nails, and even having sex—all to protect the developing foetus.

Other taboos are tied to cooperation. If we treat loyalty, the country, or human life as sacred—if we regard their violation as utterly unthinkable—then we never stray, seeding trust and enabling large-scale cooperation. Some psychologists even argue that we treat actions as taboo to attract friends and followers. If you think that I treat the group as sacred—that I always obey the emperor, say, or never denigrate a group symbol like the flag—then I become maximally trustworthy.

A third class of taboos comes from evolved aversions. In the late 1800s, the Finnish anthropologist Edvard Westermarck speculated that incest taboos are products of biological evolution. Because inbred offspring are less healthy than their outbred counterparts, he reasoned, evolution endowed us with a revulsion towards incest. Although Westermarck’s theory simmered in obscurity for much of the 20th century, it has, in the last two decades, become a leading account for the universality of the incest taboo. Taboos against necrophilia, cannibalism, coprophagy (eating feces), and bestiality might also have their roots in evolved protections—in these cases, against pathogens.

Flick a taboo, it seems, and everything jerks in violent response

This is just a smattering of explanations. In puzzling after the origins of taboos, scholars have published heaps of speculations. They’ve argued that taboos are useful, useless, and mechanisms of control. They’ve argued that they’re important technologies, historical holdovers, signals of trustworthiness, badges of group affiliation, and quirky artefacts that reflect limitations of the human mind.

Freud believed that taboos emerge because of intense ambivalence: We fear some objects yet also respect them; we yearn for them yet loathe that yearning. As a result, we wrap the objects in sacred prohibition. Freud’s explanation is either incomplete or wrong. Yet it gets at something deeper: Taboos offer penetrating peaks into our minds and societies. Like hobnobbing socialites, taboos somehow intersect with every important cultural domain: politics, morality, religion, identity, even humour and cuisine. Flick a taboo, it seems, and everything jerks in violent response.

I’ve lived in France for several months now, but I saw the ethos of the country most intimately three weeks ago (as of writing this), after an 18-year-old Chechen Muslim beheaded a French teacher for showing cartoons of the prophet Muhammad. The French President Emmanuel Macron called it “a typical Islamist terrorist attack”, but it was just as much a conflagration of taboos: the hellfire explosion that occurs when two incompatible taboo systems collide. On one side, the unthinkability of idolatry. On the other, the sacredness of secularism and free speech. In the days afterwards, the hashtag #JeSuisProf (“I am a teacher”) trended on Twitter. Tens of thousands of protestors took to the streets in support the teacher. In opinion polls, 87 percent of respondents considered secularism to be under attack. In the tug-of-war over taboos, French society collectively declared what was sacred and what was not, cementing a collective political identity.

According to the Harvard psychologist Joshua Greene, taboo conflagrations like this are products of globalisation. “Of course,” he wrote in his 2013 book "Moral Tribes", “Us versus Them is a very old problem. But historically it’s been a tactical problem rather than a moral one.” As peoples of diverse values and beliefs mingle on a scale unprecedented in human history, their moral systems inevitably scrape up against each other. What for one person is a joke becomes, for another, a defilement. What for one person is just punishment becomes, for another, an assault on morality itself. Our ability to peacefully co-exist hinges on whether we can build a common sense of sacred.

It might seem strange that the Inuit, Greeks, and so many other peoples imbued taboo violations with such cosmological power. Yet few behaviours are as important. Few acts inspire as much vitriol as taboo violations. Few beliefs are as core to one’s identity as what one treats as heinous or unthinkable. The key to our hearts, our minds, and our morality lies in our sacred prohibitions.

Taboo (A phone call with )

Is today's journalism too emotional?

At the very least, it is too often seduced into emotionality.

The Silk Road Symphony Orchestra takes suggestions from the audience to shape its program. A conversation with conductor Jan Moritz Onken.

How do you tell life stories that have been shaped by immigration? In their debut novels, Ronya Othmann and Deniz Ohde do exactly that.

Why do many people fear bodies that are different from their own?