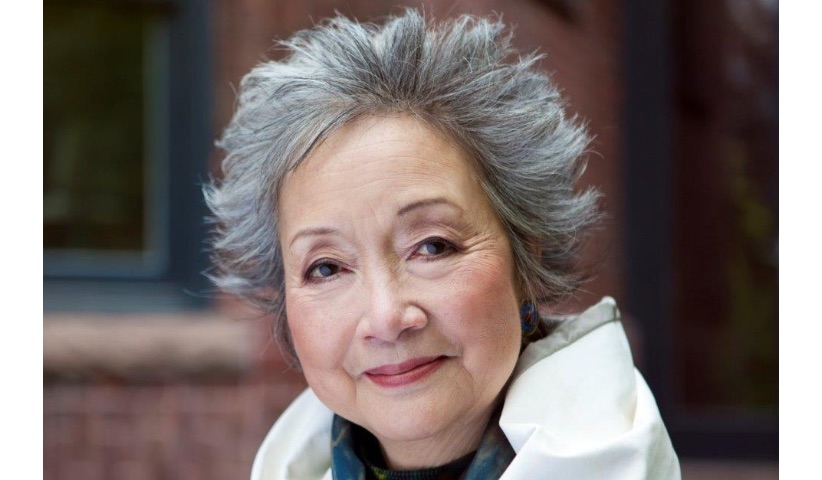 Ms. Clarkson, in 1999 you became Governor-General of Canada, the highest political office in the country. You were the first foreign-born politician to receive this honour. What did that mean to you?

I was also the first refugee! I came to Canada with my family in 1943 as a refugee child from Hongkong, fleeing the Japanese occupation. And there I was, a few decades later, Governor General, the highest office in the land, the equivalent of your president. When I was growing up, the Governor-Generals were always old white men. After I took up the office, I got a letter from a little girl of Portuguese decent. And she wrote: “I'm in grade six and we studied you in school. I decided that since you became Governor-General, I can become that too.” It moved me so much that I would be a role model for little girls coming from other countries.

You were also only the second woman in this position. How was for you to suddenly be in such a powerful position?

Power is very illusionary. It is not what people think it is. The role of the Governor-General is very important, but it's representative. It is not actively taking part in everyday politics. Its meaning mostly comes out at a time of crisis. Then, it is the Governor-General’s task to call upon the parliament and say: Form a government and get a vote of confidence. Still, there is a lot of respect for the office. About my position as a woman I can only say that I’m feminist and I always knew that the patriarchy is very strong. But I have also been brought up by my parents to be very strong.

The current government under Justin Trudeau is celebrated as being very progressive. Justin Trudeau’s cabinet is Canada’s first gender-balanced cabinet. Is everything going well in terms of gender equality?

It was a surprise, but a delightful one in 2015, to have that cabinet be half women. We even got our first female finance minister, Chrystia Freeland. And I think that is just terrific. But the public reactions to her appointment also show that there is still a long way to go: In many articles written about her, she was questioned: “Does she even know anything about economics?” Freeland is a Rhodes scholar, she had three or four different cabinet posts before, she negotiated trade deals. She is a brilliant person! A man would not have been questioned in his capability in the same way. But I am convinced we as Canadian society are definitely set on the right path in terms of equality, although there are of course still barriers.

What kind of barriers?

The fact some women have high positions does not mean that everybody has the same chances. For example, when you look at the situation of many indigenous women, there is still a lot to be done.

Absolutely. This is a national tragedy and a shame. It has been going on for far too long. Hundreds of indigenous women and girls have been murdered or disappeared over the past decades and most of these cases were never solved. First steps were finally taken, when Trudeau established the “National Inquiry into Missing and Murdered Indigenous Women and Girls” in 2016. By now, the situation is being described as “the” Canadian national crisis of our times. I think, we need to readdress the whole relationship between white Canadians and indigenous people. As a journalist and later in politics I observed that there is a process to turn this relationship into something more equitable. But the pace is unfortunately very slow. There are fantastic leaders, indigenous men and women. Maybe with their help, if their voices are heard more, this process can slowly pick up pace.

Does Canada need an indigenous Governor-General next?

Of course we should have that! This would be a sign that the government is serious about reconciliation.

At the paper mill

In his new graphic novel, Guy Delisle illustrates the summer job he once had in a Canadian paper and pulp factory.

“We need a new police culture”

an interview with Devon Clunis

Devon Clunis made history as the first black man to become police chief in Canada. A conversation about violence, racism and long overdue reform.

In Vietnam, people don't talk openly about their feelings.

The Midnight Sun Mosque in the Arctic

A mosque beckons believers to the far north of Canada

The better America (In Europe)

The fight against corruption in Malta is a long and drawn out struggle.