A story goes around the world (chapter 6 of 8) 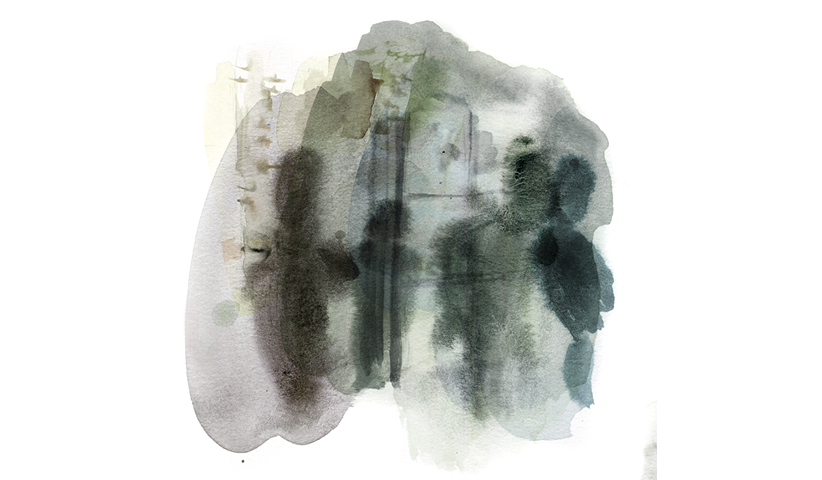 During the lockdown we asked eight international authors to write a story together. Chapter 6.

There are no certainties on earth now, not time, not even the guarantee of the arrival of the day. The signals had long been in place: the emptied streets, the silenced birds, the absences. The uneasy stillness of night, the half-dream state. Elsa had woken up uneasy, as if she had been asleep in a graveyard.

“Is someone out there?” She had whispered before getting up from the couch that had been her bed.

“Full house.” She had been told with a smile. She did not give the idea much thought, until now. “Hello?” There had been no reply, yet the sensation of being watched lingered. New wariness. Despite the semblance of order, of welcome and shelter something was off. Elsa dismissed the sensation.

There are no certainties now.

And today the daylight did not show. There was the darkness of the abyss. There was nothing to suggest that there was an expectation of light. With the drastic shifting of the magnetic north pole, nothing was certain.

Suddenly, a strident voice in the engulfing darkness. “A polar night? That’s all we fuckin’ n-need now.” A scattering of voices, some appeasing sounds. “Where’s the Th-Think-Act Platoon?”

Elsa’s new uneasiness settled as an empty sensation in her belly.

She slowly gathered her few belongings around her as her mind traveled thinking of the fastest way out. She located the position of the door. But in the room the few lights started to flicker. Orange, then brown, then…gone. And approaching figures became like shadows.

And these too found their stop.

Audible breathing by the nervous many.

Elsa felt the darkness and it seemed to thicken and muffle voices as if it had become fog. Elsa, for a second, lost in thought, peered at what she had neglected to speak of concerning the Smidovych diary. She recalled the cryptic note in the margins of page 45 of the diary: ‘e.g. North of Norway, Spitsbergen Island. 4 months of continuous night in winter…what/how/who…’ and, next to that a formula she had been mulling over.

It has begun. Elsa thought to herself.

“But the thought found her tongue and spoke itself aloud.

A laconic voice rose: “Our Elsa…is that you?” It was yesterday’s host.

Elsa cleared her throat. Her voice was low. “I’m here.”

She sensed rather than saw the assembled faces turn towards her. How had she spoken? Sweat beads on her forehead. Her hands were trembling. Breathe. Calm down. She told herself.

“What’s ‘b-begun’?” The voice she had heard earlier. A woman’s. Hard edged. Cool even as it stuttered over hard consonants. “What?” It repeated.

Words rushed out of Elsa’s mouth. “The Darkness.”

Else bit her inner lip. Why had the atmosphere in the shelter changed so much? What had she missed. “In the Smidovych diary …uhm … refers to this as the ‘Ninth Plague’ …I think.”

A sarcastic rejoinder, “You th-think? So what will follow …the smiting of first b-borns?”

Elsa remained silent as her mind sought a way out.

“Elsa …” this time it was a baritone tone, carefully rendered neutral. Elsa heard the artificiality. “Lev’s work: diary or autobiography?”

“B-both.” Now she was stuttering. Her mind was re-organizing itself intent only on leaving.

That baritone voice was closer to her, warmth to her left, a whiff of …what was that … sage? “And what else? Prophecy?”

Some laughter. And the laughter seemed to travel into rooms and spaces and back. Derision? Elsa shook her head, although nobody could see her. She let them assume that she was laughing with them.

That voice. “What do you know? You said, ‘It has begun.’ What has begun?” And then, another whisper, like a finger stroking her skin. Silent yet felt: You are not supposed to be here. So soft she would have doubted its reality if it had been a different age and time. And for the first time since she had left the library, she understood that she was in mortal danger. Taking a deep breath, she tried to control the rising nausea. What would a human do and give to save her life?

“Don’t know.” She muttered to the previous question. “Felt like the right thing to say.”

Who exactly were these people?

She tried to make her voice firm yet indifferent. “Don’t like the darkness much. Bit of a panic. What can we do about it?”

Shuffling. Then, “Wait it out.” Pause. “Elsa. Now that you are here. With us.” The pale-eyed woman answered from the right in the direction of the door.

Elsa heard the warning. A dense silence saturated the sanctuary, everything thrummed with suspicion. She needed to try to leave. Elsa, squinting her eyes, moved towards the direction she thought the door was. Could she fake a panic attack? She had only taken four steps when a hand clamped down on her upper arm. Not yet.

When Elsa stretched out her hand, there was nothing there.

Just what she needed; madness. I’m hearing voices, she scoffed at herself.

Yesterday’s woman had managed to get close to Elsa. When the woman held her hand, as if they were friends. Elsa leapt. Cheery voiced, the woman said, “Elsa, yesterday you were going to tell us why the Ultras were so keen on you?” Conspiratorial over-loud whisper, “What’s your ‘super power’?”

Again, that derisive laughter that moved up and down the shelter. Elsa shuddered. What could she give up to buy herself time in this darkness? She shrugged, her voice carefully bland. “Who knows? Mathematics?”

Instead of the laughter she had expected, the silence deepened and hardened and if Elsa could have erased the words she had ever spoken she would have. She did not need to be informed that she had just made her life that much more difficult. “And swimming.” She deflected, but her voice was high and trembling. “Hiking too.”

“Why would the Ultras choose you otherwise?”

Elsa got the sense that she was being crowded in, that the pack of humans were encircling her, and she had no defense. Grasping. And then she was squeezed in between two others.

“Ap-pologies, Elsa,” a cool voice offered, “Last night, we could not int-troduce ourselves properly. We rarely use our n-names here.” Soft laughter. “As you have n-n doubt established … we are the …” Sardonic laugh, ‘Unofficial Opposition’”. A better world is possible, and all that … notwithstanding this present darkness. It will pass, you said? By the way, I’m The Agha.”

Elsa had said nothing about the passing of the darkness. She bit into her lips again. The Agha?

“Mathematics.” The Agha enunciated. “I wondered what you were not t-telling us Elsa … since, and I q-quote you, “It has b-begun,” and your reading of Smidovych is close to what Smidovych intended, from what I have cleverly surmised … and my superpower, by the way, is Cleverness….what else, Elsa, is in the diary, Elsa?”

Think. She might offer the hyenas a small bone to gnaw on. “Not certain,” Elsa started. The Agha snorted. “Some sort of subtraction equations … probably copied from somewhere else ... inserted into the text ...”

“In plain words, Elsa.” The Agha was right up Elsa’s face, although she could not see her. She could smell her breath, its clove and cardamom scent. “In other words, Elsa …”

Toss some meaty distractions to the ‘Unofficial Opposition’ so that she could escape. Elsa replied, “Lev Smidovych … I think … he was trying to figure out if The Catastrophe was … is … planned … and maybe who it benefits.” Elsa spoke in a rush, relieved somewhat to be able to test the theory of the horror she had deciphered. “Plotted … In a sequence of Subtraction equations...”

The Agha offered, “A cabal meeting in secret to destroy existence with… sums?”

Murmurs in the room.

A screeching voice from the rear shouted, “What about the pandemic? Account for it? What does it subtract?”

“Don’t know.” Elsa replied. “Thought it was the usual crap … money, wealth, ego, profit … but these do not fit the … the … equations.” She ended on a mutter.

The eruption of conversations in different sides of the dark room.

There was a certain lowering of the sense of threat. Elsa thought this odd; the import of the news should have created a greater unease.

She needed to leave. She needed the sanity and quiet of her forest. Could she make a run for it? The soft whisper mulled, as if teasing her, is this present darkness then a subtraction of light, or the removal of day? Elsa turned to snarl at the sound. But … Now! Breathed the voice. Go!

Elsa spun. Off balance, she tumbled to the hard ground knocking down a glass vessel that shattered in the process.

The whole story will be published in our German-language magazine: ORDER HERE

A story goes around the world (Books)

The historian Norman Davies takes us on a journey through global history.

A story goes around the world (In practice)

In our own hands

The NGO Ketaaketi is breaking new ground in development work. Its success derives from the autonomy and initiative of the people in the three countries it operates in.

From the epistolary novel to Rilke’s shorthand for modern dedication to art: Literature professor Sandra Richter explores how German-language literature is seen, and how it spreads, on the world stage.

The better America (In theory)

There’s no such thing!

In times of “alternative facts” literature is coming under closer scrutiny. Are novels just fake news? A counter argument.

A new generation of cultural workers is adapting to ideological norms. This spells the end of creativity.

“It is harder to be a young french-arab today, than ever before”

a conversation with Marie NDiaye

In her novel, the author writes about questions of ethnic origin and social mobility. A discussion about the advantages of immigration, as well as the French president and his wife.