an interview with Bachtyar Ali 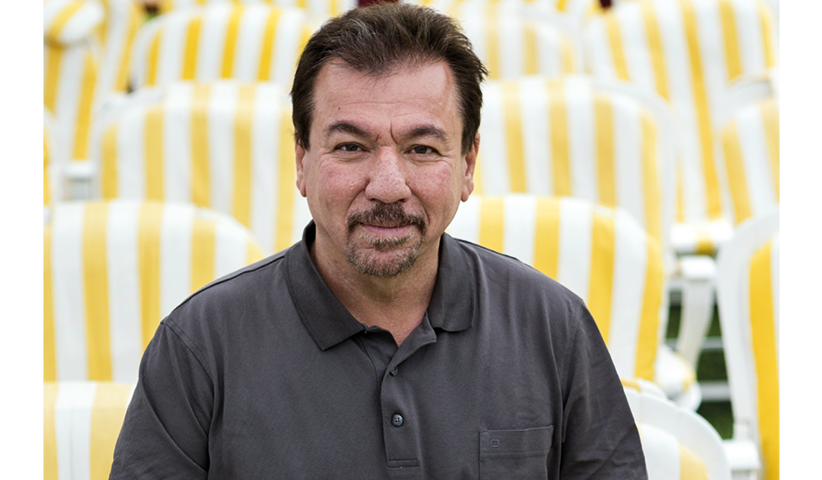 The author talks about the Kurds in Northern Iraq and writing as a form of resistance.

Mr. Ali, in your latest book “Perwane's Evening” rebellious women in northern Iraq play an important role. Why is it the women who take a stand?

Every kind of rule has the goal of exerting control. The Islamist rule concentrates on controlling women's bodies. Whoever defines a woman's body ends up defining the whole social system. The moral idea that women should always remain “pure” is very powerful. That's why it sends such a strong signal when women rebel. I try to show that our emotions and our bodies are sites of resistance. And that we use them as a weapon against cruel regimes or cruel forms of society that unfortunately continue exist in many places.

In your book, lovers flee the city to a hidden valley in the mountains to live and to be able to love in freedom. But utopia fails…

There is no place for love in our society. It is very romantic to think that we can create your own little utopia. But it's impossible to create a heavenly microcosm within a hellish world. As individuals, we can always fight back but we can't change the world through one single project. For this you need to completely shift our social values.

Are you writing to push for such a change?

I mainly write against the imposition of a moral code. The power in the east is very brutal. In the 20th century, dictators ruled everywhere. Even today there is not a successful truly liberal political party anywhere in the Arab-Islamic world. Our structures and our moral concepts are still very conservative. The entire region is pervaded by social, moral, religious and political danger zones. And we have to operate within these danger zones. That's what I never wanted to accept. I use literature to defend myself against these restrictions and controls. That's why I consider myself a writer of resistance. I always write about values other than those which dominate in society.

When you say “society”, what society are you referring to?

I'm referring directly to Kurdistan in Northern Iraq, where I grew up. But actually, that's true for all oriental societies. These problems are not simply Kurdish problems. I want to show how religion can destroy society and how much power religion has, how it controls people and makes them blind, stunned, intoxicated and incites them to kill. Islam revolves around one clear principle: I decide for you.

And being ruled by an external force destroys society?

Yes, because it's unquestioned. One of the greatest problems is the intertwining of politics and religion in countries like Iraq. Exerting worldly power is idolised and it claims to represent divine power. This is a great danger to freedom. All revolutions in the regions always ended with a dictator and that is because the separation between religion and politics did not work.

In recent months, military offensives have dominated the Turkish and Syrian governments in Northern Syria. Is there a sense of cross-border solidarity among Kurds?

Erdoğan has made that happen. We Kurds were always very distinct, but now Erdoğan has united us. In the meantime, for example, there is a boycott of Turkish products in all Kurdish areas. We have many problems with the Iraqi government. But never have the Iraqis nor the Iranians said: There are no Kurds. Erdoğan however ignores the fact that Kurds exist. Turkish nationalists have been trying to eradicate the Kurdish language almost for an entire century. But the project has failed. The Kurdish identity cannot be ignored. Turkish nationalism is built on a lie: That Turkey is one country, consisting of one people, one language, and one identity. In fact there are many different peoples living in Turkey.

You write that the mountainous Kurdish part of the Northern Iraq has always been rebel territory. Would you say that being rebellious is part of the Kurdish identity?

The Kurdish personality is very rebellious and it's not easy to tame. Partly because we Kurds have always opposed the central governments, we have always had to fight - against the Iraqi, the Iranian or the Turkish governments. We were always fighting. The mountains were our protective wall, our hideout. On the other hand, we Kurds were always nomads, a free people. The religious extremism, which I have depicted in my books only happened when the Kurds started coming to the cities.

You have lived in exile in Germany for many years. Do you have the impression that this gives you a sharper view of the situation in your home country?

Yes, of course. If I wasn't here, I couldn’t write the way I do. In northern Iraq there are many types of internal and external surveillance. As a writer, I lived in danger. When I wrote about politics, religion or morals, I had many red lines that I couldn't cross. At some point, you internalise these red lines. You don't need outside censors anymore. You start controlling yourself. In Germany there are no red lines, so I was able to shelve these inbuilt controls.

The interview was conducted by Gundula Haage
Translation by Jess Smee

Make it yourself (World report)

“The retreat started years ago”

in conversation with Waheedullah Orya

Radio host and journalist Waheedulaah Orya reported from the Afghan city of Mazar e-Sharif – until the Taliban threatened his life. From his exile in Greece he describes watching in disbelief as they recaptured his home country. A conversation

A new generation of cultural workers is adapting to ideological norms. This spells the end of creativity.

How I survived Tiananmen Square and became one of China’s most wanted dissidents.

Talking about a revolution (Editorial)