“I had nothing left to lose”

an interview with Oleg Senzow 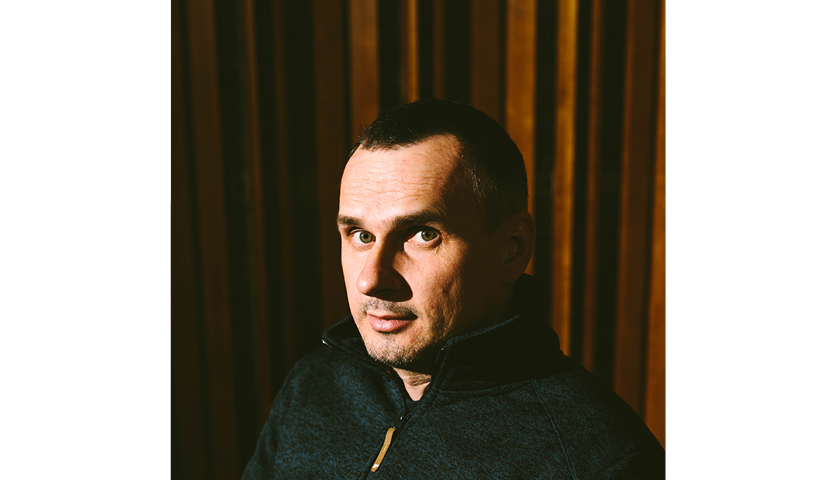 The Ukrainian director Oleg Senzow spent five years in Russian prisons because he fought against the annexation of the Crimea. Was it worth it?

Mr Senzow, let's begin at the end: In your film "Numbers" a regime is toppled by civil resistance. But when the new revolutionary government gets into power, it strikes back even more brutally. Some one might have left a happy ending and stopped after the successful rebellion. Why did you decide against that?

First of all, a happy ending would be boring. No, seriously: My film is not solely an ode to the resistance, but also stands as a warning that every revolution can turn against its creators. That has little to do with my own opinion: It is part of world history. Take the French Revolution or the February Revolution of 1917, in which the Russians sought to change things for the better and in the end continued to face repression and terror. "Numbers" is a film about how to create political resistance. If you are serious about it, it should be pursued with full conviction, but you must always be aware that the instrument of the revolution must be handled with the utmost caution.

You yourself were arrested in Crimea in 2014 because you took part in the underground against the Russian annexation of your homeland. You were transferred to Russia on fabricated terrorist accusations and repeatedly locked up, cross-examined and tortured. Was your resistance worth all this?

My comrades-in-arms and I were convinced. We knew we were going to do something and had to turn against the enemy. Every other question was of secondary importance at that time. I think it's a very personal thing, how to deal with injustice. I am, how I am. If someone gets beaten up on the street, then there are the people who turn away and the people who intervene. I'm one of those who can't look away. The injustice done to my country, the Russian takeover of Crimea, was hard for me to bear. For me, doing anything else would have been treasonous.

All in all, you spent five years in various Russian prison camps, most recently in a penal camp in Northern Siberia. During this time you went on a 145 day long hunger strike. How did you survive that time?

Well, it's not like I was arrested off the sofa. Throughout my three months in the Ukrainian underground movement, and throughout my time in Crimea, of course, I was somehow preparing for something to happen. In my situation I had nothing left to lose. I would have been killed during the protests on the Maidan in Kiev or later shot in Crimea - and also death was not an unlikely scenario in any of the Russian prisons that I was in. If you are scared enough, suddenly you're ready to dare to do even the most difficult things.

For you, resistance and art are closely linked. To what extent are civil protests always artistic?

To make it clear: I don't think protests and political resistance has anything to do with “performance". I've always been someone who works for civil rights for his compatriots and for his country. Naturally protests are always about maximising the effect. This is one of the reasons why I timed my hunger strike back then with the start of the World Cup in Russia. It was about steering public attention onto Ukrainian prisoners in Russian prisons. But for me that's not a performance, but pure unadorned political protest. Of course there are also resistance fighters who merge art and protest.Take the Russian conceptual artist Pyotr Pavlensky, who in 2015 set fire to the door to the headquarters of the Russian domestic secret service, the FSB, to send a signal about state terror. That is performance. It is clearly different to pure political protest.

You once said about yourself that you were a director, but "no guy with a scarf" who takes his work too seriously. When the 2013 Euromaidan protests started in Ukraine you put your cinema work to the side and became an active. Where will your protests take you next?

(laughs) I said that, yes. But I don’t see myself solely as a citizen and human rights activist either. Back then on the Maidan we specifically stood up against our criminal president Yanukovych, today we rail against the criminal Putin. I won't stop as long as Putin doesn’t give the Crimea and Donbass back. But I'm also always creative. Since I have got my freedom back, two books have been published, and now my film “Numbers” is running. Right now I'm also working on a film project from 2013 which I halted to take part in the Maidan protests: It is a film called "Rhinoceros".

What Mount Ararat means to the people of Armenia.

Once central Africa was in the grip of western colonial powers. Today Russia is using the region to restore and amplify its political clout.

Captive in the snow

Someone else's paradise (I think that ...)

... we need to finally pay attention to the Artic

The arctic is the most important place on earth at the moment.

a photo gallery by Sergej Maximishin

While one man in the capital steers Russia, more and more people struggle to make ends meet. Images from a crisis-ridden country.

Irina Sherbakova was born in Moscow in 1949 and is a well-known historian and expert in German studies. Since the 1970s, she has been working to come to terms with the impact of the Stalin era on Russia. She is one of the founders of the now-outlawed NGO, Memorial.