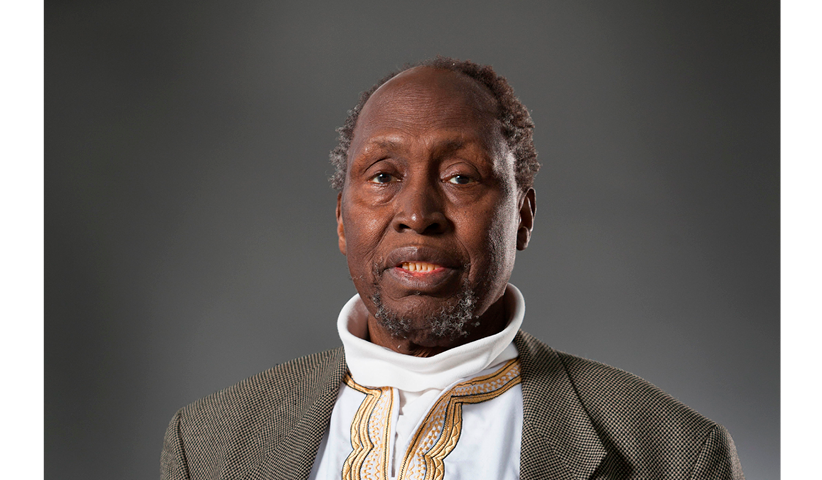 The moment I realised the centrality of language in both domination and resistance was a personal epiphany.  In many of my books, I have written about it, but even then, it keeps on flashing in my mind with the same luminous intensity it did, 40 years ago.

It was during my incarceration at Kamĩtĩ Maximum Prison. For the first three weeks of January 1978, I  was confined to my cell, not allowed to mingle with the other prisoners, not even exchange a word with them during the one hour we were allowed out to stretch our limbs. So I lived with my own thoughts and the question: Why did they imprison me without even a trial?

A few weeks earlier, armed to the teeth, the police had come for me at my house in Limuru Kenya on the midnight of  December 31, 1977. No questions, no explanation. My detention papers, signed by Daniel arap Moi, then the Home Affairs Minister,  claimed that I had engaged in activities which threatened the good order and governance of the State of Kenya, then barely 14 years since it regained its independence after 70 years of British colonial rule. No details of what, where and when, I had engaged them. So I could only guess the reason from the sequence of events preceding the imprisonment.

In the month of November, 1977, the Kenya government banned the performance of my play, I Will Marry When I Want, co-authored with Ngũgĩ wa Mĩriĩ, and performed by members of Kamĩrĩthũ Community Education and Cultural Center. Among the documents taken during the police raid of my house were all copies of the playscripts. What was the difference between this play and the others I had written before, and which were more critical of the post-colonial dispensation but never elicited a raid, an arrest and imprisonment?

Clearly, the language of composition. All my previous plays were in English. And the venue was the Kenya National Theater in Nairobi, the capital city. The actors and the audience were English speakers. Ngahika Ndenda/I Will Marry When I Want was in Gĩkũyũ, a widely spoken language in Kenya. But why would an African government ban  a play written by an African in an African language? Jomo Kenyatta, the President at the time, was an incredible Gĩkũyũ language speaker; he begun his political career in the 1920’s as the editor of the Gĩkũyũ language newspaper: Mũiguithania.

I thought it over, and thought about the past. In 1952, the colonial state had banned all newspapers and books in African languages, and imprisoned or exiled the writers and editors. Then it closed all African run schools where African languages were used in teaching. You might expect that these steps were reversed with Independence, but that was not the case. The very first commission on education, the Ominde Commission, recommended that English be used as the official teaching language in all schools from grade 1. So in addition to the colonial army and police force, we also inherited and nationalised the colonial education system, including English as the language of power.

Abnormality became normalised as the new norm, like the ready embrace of colonial languages to express our national identities

And where language was concerned, the new government went even further than the colonial one, which had allowed African languages for the first three grades of schooling, not as largesse, but a way of easing the students into English. Now, even that “easing” was eliminated.

I started looking at the role of language in colonialism. I found that whenever one people, or a class, have subjugated another, language has always played a role. Subjugation is primarily economic and political, but it has a cultural component. The French imposed French on the conquered; the Portuguese the same; that was how we ended with an Africa divided into Anglophone, Francophone and Luso-phone zones and identities. Through education with its  system of rewards and punishment, the “phoney” languages were injected into the mind of the middle class. Abnormality became normalised as the new norm, like the ready embrace of colonial languages to express our national identities.

I was a product of the “phoney” system of education, and so, all my works, previous to the  Gĩkũyũ language play, were written in English. For writing in English, I had been applauded: for writing in Gĩkũyũ, I was in a Maximum Security Prison.

It dawned on me that to survive prison, I had to fight back, resist, and language would be the site of that resistance. I was going to write in the language which was the basis of my incarceration.  In my prison memoir, Wrestling with the Devil, I have told how I came to write the first novel ever in Gĩkũyũ and on prison supplied toilet paper.

These so called national languages are erected on the graveyard of other languages, under the false notion that a common language is one of the components of a nation

Writing in Gĩkũyũ kept me alive. Everyday became a struggle for paper and a pen. But it also kept my thoughts focused on the language question. These thoughts would eventually coalesce into my 1986 book, Decolonizing the Mind. But after publishing the book, I came to realise that I had written it as if this was simply an African problem vis-a-vis European languages.

I have since come to find out that language was at the heart of the conquest of the Irish, the Welsh and the Scots; also the Native American peoples, and those of New Zealand and Australia. Even within nations everywhere, languages and accents have been suppressed to create a uniform language and accents of power. These so called national languages are erected on the graveyard of other languages, under the false notion that a common language is one of the components of a nation. But is that really the case?

My time at Kamĩtĩ Prison forty years ago has now led me to see that monolingualism is the carbon monoxide of cultures while Multilingualism is the oxygen. The world has to reject putting languages in a hierarchy and embrace the network of give and take among languages and cultures within nations and between nations. If one language emerges as aiding communication across members of different linguistic communities, this should be welcomed but it must not be on the basis of the death of other languages.

So let us have one slogan for all peoples and nations of the earth: Network not hierarchy.

Talking about a revolution (Books)

The empty streets of Aleppo

Khaled Khalifa has penned a haunting novel about Syria before the civil war.

A story goes around the world (Editorial)

Kenya has banned plastic bags and its new policy is starting to bear fruit.

“We are all pack animals!”

an interview with Cornelia Funke

Life is not possible without heroes. The author Cornelia Funke explains our need for role models and difference between idols of children and adults.

Ethiopia’s centuries-old poetic tradition has long been the domain of men. Young women are now making this artform their own.

A story goes around the world (chapter 3 of 8)

During the lockdown we asked eight international authors to write a story together. Chapter 3.