Did you prune the roses? 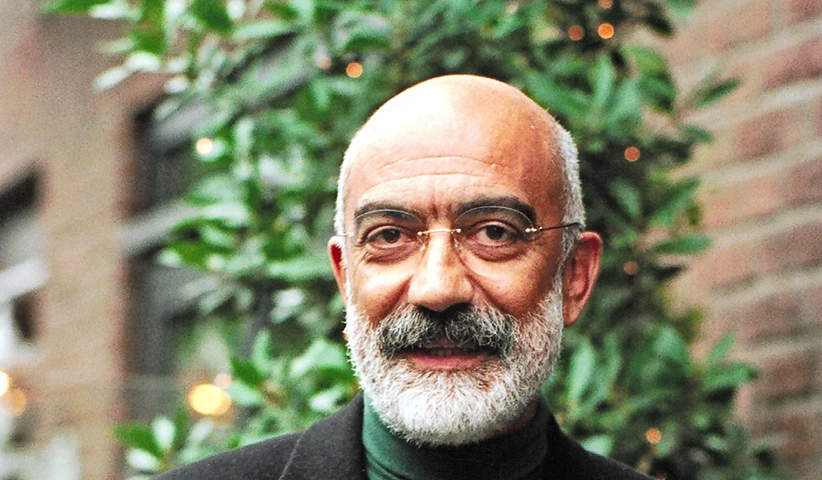 About the questions I'm no longer being asked. A text from prison.

At every stage of life, humans face different questions. It all starts with: “What do you want to be when you grow up?”, then: “How are things at school?”, “Do you have a sweetheart yet?”, “What and where do you want to study?”. When they are finally an adult they get asked: “What job do you want?”, “When will you get married?” and “How are the children doing?”. People in my age group are more likely to hear questions like: “Did you prune the roses?”, “When are our grandchildren coming?”, “Did you tell the neighbour to turn down the TV?” or “Did you take your pills?”. But my peers are somewhat less likely to hear the usual questions I'm being posed right now. “Doesn't it make you sad to be innocent and behind bars?”. I answer that question with a phrase I borrowed from Socrates: Would it be better if I was imprisoned and guilty?

Of course, this answer is the result of a world view that considers punishment absolutely necessary. At certain times and in certain countries, the punishment, imprisonment and killing of writers, intellectuals and philosophers is a practically daily occurrence. I am a writer living in such a country, at such a time. Like hundreds, even thousands of writers, I am in prison. Being “innocently" imprisoned does not make me sad but, on the contrary, gives me additional strength and helps me to hold those who imprison me here in low esteem and not to attach too much importance to what I experience.

Socrates is reported to have rehearsed a new piece with his lyre in his hand, while someone was preparing the hemlock potion that was to kill him. He was asked: “What's the use of learning a new tune now?”. His answer was: “It's good that I learn this melody before I die.” I think it is fair to assume that it was the philosopher's knowledge of the injustice and impotence of his executioners that gave him the strength for such a steadfast stance in the face of death.

you can, like Socrates, play the lyre while you prepare for death

This curious contradiction between the raw power of your tormentors, which is sufficient to imprison or even kill you, and their intellectual paucity, which makes it impossible for these people to counter your ideas with their own ideas, gives you, the “victim”, a great power of resistance and a feeling of superiority. And then you can, like Socrates, play the lyre while you prepare for death.

In societies where the leaders are afraid of thought, the state leadership is generally in possession of a terrifying brute force and at the same time has pitifully arid intellectual powers. As the violence increases, intellectual powers dwindle. A long time ago I read a book by a young man who did intensive bodybuilding. Day by day his growing muscles and the burning of all body fats became more and more important and finally became a real addiction. In the end, he had powerful muscles and his body had hardly an ounce of fat left. Even the layer of fat under the soles of his feet, which is indispensable for a safe step, had melted away. As a result, even a slight push was enough to bring down this extremely strong man and his fantastic muscles.

I think that any political leadership that is bent on bringing an entire nation under its control, that will not accept any opposition, that will stifle every thought and use the judiciary like a police truncheon. It will also neglect the soles of its feet and, like this body-possessed young man, will get rid of the fat layer underneath itself while building up its muscles. In the end, at a time when it is feeling at its strongest and is projecting a strong image, it will also have this great weakness that will bring it down with a single blow.

The knowledge of all these things strengthens people's ability to resist. “I have no fearsome muscles,” they say to themselves, “but I stand on solid soles, no one can knock me down.”

Recently I turned 70. My friends have pitied me for this fourth birthday in prison and for what I have to experience here. I asked them not to worry about me. “I am seventy now," I told them. “I am in prison and I have finished a new novel. A 70th anniversary spent like this is a lot more fun than pruning roses.”

And that's what I truly think. In the face of the intellectual helplessness and paucity of those who keep me locked up here, I don't mind being in prison.

If this continues, I will die before I even had the chance to grow old

Being old means that people expect nothing more from life, that nothing changes anymore. If this continues, I will die before I even had the chance to grow old. My life is filled with movement and expectation. I create this expectation for myself through my writing; the movement is provided by those who hold me here. To complain about such seventy years is, in my opinion, inappropriate.

But the joy would only be complete if I could also play the lyre.

The old prison of Rummu

A special bathing spot: Today people dive and swim in a forearm quarry where once prisoners toiled.

The TV presenter tells about the smell of home.

Thoughts about the long conflict between Israel and Palestine

The uncle and the physicist

Recep Tayyip Erdoğan and Angela Merkel are two leaders who couldn't be more different: One is happy to consider himself a hero, the other shies away from superlatives.