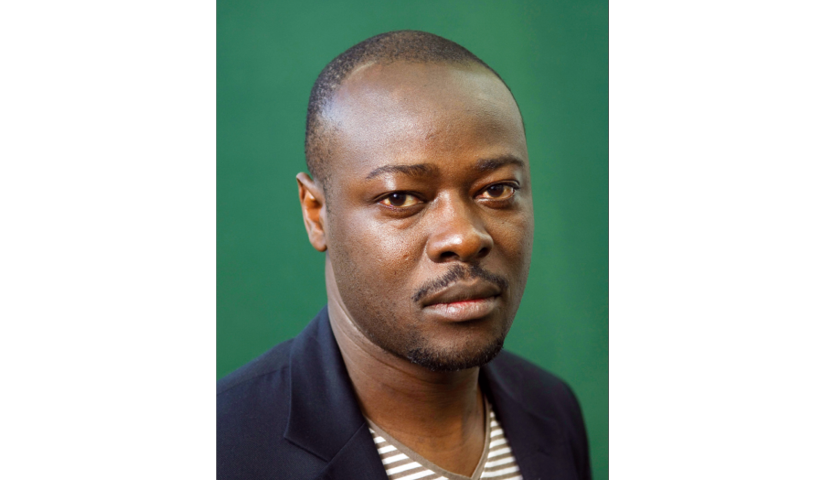 If you went to university in Nigeria in the 1980s and 1990s, it is almost certain that your perception of the world around you, and your self-perception, were moulded by the prodemocracy struggles that swept across the country in the 1990s and ultimately swept out the military dictatorship. There were constant strikes and demonstrations on university campuses, these were predictably followed by military and police crackdown, and ultimately ending in school shutdowns that sometimes lasted for months. It took us five years to get our four year degree—some never graduated at all.

Student leaders were singled out and made example of—some were suspended from school, some were expelled and arrested, some were killed. The military wanted to hold on to power by all means, at the same time they knew the end was inevitable, the struggle was burgeoning uncontrollably all across the country. All forms of dissent were criminalised and ruthlessly punished. Newspaper houses were shut down, journalists were arrested, in October, 1986, Dele Giwa, a respected journalist and one of the leading prodemocracy advocates, was killed by a letter bomb—nobody knew who sent the letter, but everybody believed it was from the government.

Who knew what tomorrow might bring, if one would still have the freedom to write or if one would wake up in chains?

If you came of age as an artist in that time, your aesthetic was inevitably shaped by the resistance. We were all poets and short story writers—at the time we didn’t question why none of us was writing novels and other longer forms. Looking back, it makes perfect sense: we were driven by the urgency of the moment, our satires and lampoons and critical vignettes had to have a quick turnover, because who knew what tomorrow might bring, if one would still have the freedom to write or if one would wake up in chains? Also, poetry, with its recondite metaphors and secretive allusions and epigrammatic concision, was the perfect medium for passing, undetected, cryptic comments about the dictatorship. Even now, reading the poetry from that era, poems by Wole Soyinka and Femi Osofisan and Niyi Osundare and all the younger poets that came after them, it is amazing how singularly dense and airless the language is—mirroring the sense of suffocation we all felt. Our fictions were filled with lynching, demonstrations, arrests, lawlessness—this was the aesthetic of violence. Writing took on a renewed urgency.

Back then it was like it is now: The powerless dream of power, of unleashing their anger against the system that tortures them and renders them powerless, but since they are powerless, they turn his frustrations into art, creating a certain aesthetic—it is an aesthetic unique to those who know what it means to be oppressed and marginalised. It is a Nigerian aesthetic, an African aesthetic, an Indian aesthetic, a postcolonial aesthetic. It animates the songs of Fela Kuti, and the plays of Wole Soyinka, and the fictions of Dambudzo Marechera. No wonder I always find myself gravitating to the works of writers like Roberto Bolano, Ngugu wa Thiong’o, Mahmud Darwish, and Arundhati Roy—I recognise, in their themes of exile and alienation and death, in their characters’ unfulfilled longings and fruitless search for meaning, a certain kinship, a similarity of perception.

No wonder my first novel, Waiting for an Angel, written at the end of the 1990s, is full of mad men and prostitutes and Marxists and hunger of all kinds: for food, for justice, for love—I was writing about deprivation and limited opportunities and unfulfilled promise.

Evil will kill you if you don’t resist it

I have often wondered: What does it mean to resist? Resist whom? Resist what? What does religion and morality mean when they tell us to resist evil, or resist temptation? There is an existential aspect to resistance. Evil will kill you if you don’t resist it. Adam and Eve gave in to temptation and were kicked out of paradise. King Solomon said to himself, let me give in to temptation, to wine and women and pleasure—it didn’t end well for him. To survive you have to fight against that which seeks to destroy you. That was basically the message of the writer and environmental activist Ken Saro-Wiwa, who was a great role model for my generation and who was hanged by the military in 1995. He accused the Nigerian government of attempting genocide against the Ogoni people, of destroying the environment and denying the people—farmers and fishermen and hunters—their very source of livelihood. And how far should one go in resisting? Does peaceful resistance really work against dictatorships and tyrants? What if peaceful resistance fails, is violence then justified? These are some of the questions Saro-Wiwa grappled with.

For years Saro-Wiwa resisted the provocations of the oil companies and the Nigerian government, enduring arrests and other abuses. His demonstrations were often dealt with violently by the military but he kept on, his mass rallies attracted hundreds of thousands and the government responded by banning public gatherings and declaring disturbance of oil production an act of treason. But then, on 21 May 1994, four Ogoni chiefs, who sided with the government and the oil companies, were beaten to death by Ogoni youths loyal to Saro-Wiwa and their bodies burnt. The government accused Ken Saro Wiwa of inciting the mob to murder. He was arrested the next day and a year later, after a Kangaroo trial, he was hanged.

The decade that followed his death saw some of the most violent uprisings Nigeria had ever seen. Militants kidnapped foreign and local oil workers for ransom, they hijacked oil tankers and set ablaze government buildings and dug up pipelines.

There are some who would say, perhaps it is not worth it, all the bloodshed, the unrest

There are some who would say, perhaps it is not worth it, all the bloodshed, the unrest. But others will say, well, the uprising ultimately achieved its aim, forcing the governments and the oil companies to the negotiating table. I personally think it doesn’t matter what you say because sometimes resistance isn’t a choice. Some people can't help but fight. Sometimes we resist not because we want to, but because it is in our nature as humans to resist injustice, to fight, because not doing so is to die.

But there is a point when even the most peaceful, the most organised resistance movements tend to lose control over their rank and file—and then the resistance descends into a state chaos. Once, back in university, after days of demonstrations and marches, we had shut down the classes, chased away the staff and assumed a very organised and disciplined control of our campus. We drove the buses, cleaned the toilets, and made sure everything worked; but then, for no reason, some of the students started throwing stones at the line of policemen that had been waiting for just such an opportunity to engage. And engage they did, they came in hard, with tear gas and batons and whips—and in a few ours it was over. Many students were injured, women were raped, student leaders were arrested, the rest of us were given twenty four hours to vacate the hostels—or else. That was, for the time being, the end of our resistance.

I still have no answer to the question whether the struggle is really worthwhile, whether there is anything to be gained from protests and disobedience. Whenever I find myself asking whether it is worth the prize, if there is any gain in protesting and fighting, I turn to this poem by Arthur Hugh Clough, “Say not the Struggle nought Availeth”

Say not the struggle nought availeth,
The labour and the wounds are vain,
The enemy faints not, nor faileth,
And as things have been they remain.

If hopes were dupes, fears may be liars;
It may be, in yon smoke concealed,
Your comrades chase e'en now the fliers,
And, but for you, possess the field.

For while the tired waves, vainly breaking
Seem here no painful inch to gain,
Far back through creeks and inlets making,
Comes silent, flooding in, the main.

And not by eastern windows only,
When daylight comes, comes in the light,
In front the sun climbs slow, how slowly,
But westward, look, the land is bright.

The unresolved conflict between Catalonia and Spain, and how a democratic state reacts to the desire for a people’s vote – a visit to Barcelona.

What happens when the unsung heroes of bureaucracy take centre stage?