an interview with Sigrid Weigel 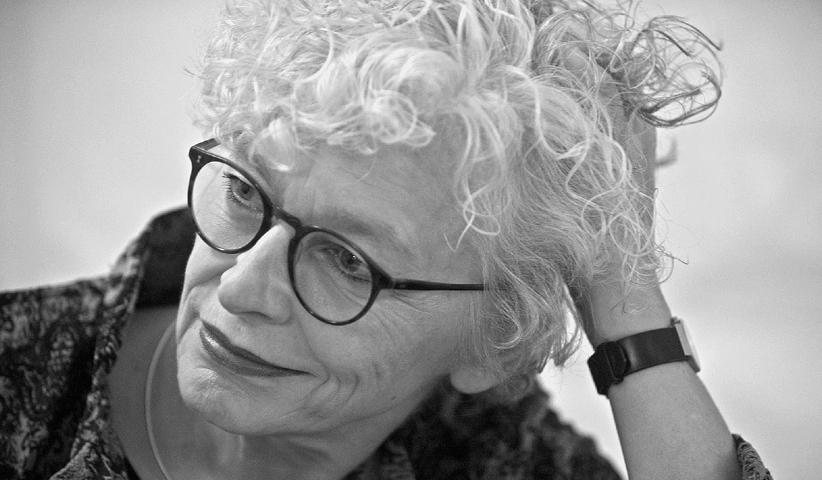 Mrs Weigel, your study on cultural foreign policy looks at the world beyond Germany – and also at the country itself. Why?

Cultural foreign policy begins at home. The principles a country upholds internationally must also be covered by German policy. And for a long time now it has not only been about showing German art abroad, but also about cooperating with local actors in partner countries, especially actors from civil society.

Separate political ministries are no longer able to keep pace with the processes of global transformation, you note, arguing that economic policy is cultural policy. Can you explain your stance?

A key strand of cultural foreign policy is “responsibly designing globalisation”. How can this happen when the German economy shares responsibility for the gap which has emerged between the winners and the losers of globalisation, both internationally and at home. A recent example of this is the fires raging in Brazil: the Amazon rainforest is being damaged to make room for fields which grow animal fodder for Germany’s cheap meat production. At the same time, low wages at home encourage the demand for cheap meat products. For that reason I am calling for cultural foreign policy experts, with their knowledge of conditions on the ground, to be consulted in foreign and trade policy. For example, the shift towards electromobility in the West ultimately means transferring environmental problems to other countries. Lithium for batteries is mined in South America, where cultures which are thousands of years old are being deprived of their livelihoods. For this reason I moot that economic measures should always undergo a development- and cultural policy check.

Would that mean that cultural foreign policy would be tasked to ensure that German values are upheld in its trade policy, giving it a sort of veto power?

Yes, otherwise we are talking about a "competition of narratives" which is mere rhetoric. In any case, real-life democracy and human rights are much more convincing.

You also criticize the vocabulary of cultural foreign policy. Why?

I examine the history of terms like "soft power", which is highly charged by its origin in the Cold-War era. "Competition of narratives" or "nation branding" meanwhile have their roots in economic concepts and follow marketing principles. A serious cultural foreign policy does not need this jargon.

In international rankings, Germany is still one of the most popular countries in the world.

This allure comes from its shameful superficial prosperity, from which more and more people are excluded. The Human Rights Forum lists a whole catalogue of criteria from the UN Social and Cultural Pact that are under pressure in Germany today, for example, increasing child poverty. Germany has lost much credibility on this, just as it has on its climate and economic policies.

Dealing with Africa is also the subject of much debate at the moment. Is Germany on the right track here?

We need a revision of our Africa policy. Politically, it seeks to combat the causes of migration. In economic terms, it is about opening up new markets. If one does not deal with this contradiction, cultural foreign policy serves only to offset our bad conscience. What would be necessary would be a cross-department conference on "Africa policy under the microscope". The same applies to the topics of integration, Islamic politics and east and west Germany.

You are calling for a dialogue to be held on an equal footing, but economic considerations seem to have inscribed themselves onto the Western DNA.

Feelings of superiority belong to Europe’s cultural unconscious. We have to confront this. This also applies to the debate that has finally got into gear on the consequences of colonisation. This debate should not be reduced to the question of returning cultural goods; it is also about our self-image.

You extensively probe the advantages and disadvantages of the nation state.

It is about the tensions between the nation state as a constitution, which formulates fundamental rights, and the concept of a national culture. As yet, there is no substitute for the nation state as a political entity. Our fundamental rights, however, are dependent on real democracy as we live it - not ideas such as our cultural nationhood and our dominant culture, which are ultimately based on exclusion. We have to ask ourselves about our commonalities. This question has not only become a problem of modern pluralistic societies through migration.

Where should common points of reference come from? Are people overwhelmed by too much diversity?

Only if things are unfamiliar. The fear of foreigners is always greatest where there are no foreigners. Encountering others is sometimes difficult, but places where there is interaction always function better than places where stereotypes about a foreigner from afar dominate.

So you argue that much can be achieved if the political will is there ...

I'm not interested in utopian theories, but in feasible proposals. It is a matter of cutting back on lobbying, for example by ensuring that EU economic subsidies are tied to compliance with social and labour law standards.

And here too you want to make cultural foreign policy obligatory?

I do not see my study as a criticism of existing foreign cultural policy, but as a re-evaluation. And as a critique of political structures and a call for us to strengthen the voice of cultural foreign policy and to use its knowledge.

Which of your proposals would you like to see implemented immediately?

A commission to deal with reunification could be set up quickly. Frank-Walter Steinmeier could take this into his own hands. After all, he was behind the review process for cultural foreign policy which started a few years ago.

the interview was conducted by Friederike Biron