an interview with Uzra Shamal

KULTURAUSTAUSCH: Uzra Shamal, you are a journalist and cartoonist from Afghanistan. Which topics do you address in your cartoons?

Uzra Shamal: I draw cartoons about everything that I am thinking about: economic problems, politics, the war and of course the difficulties women have to face in Afghanistan. In the early 2000s, when I started working as a journalist in Kabul, we faced many fundamental problems.

To me, creating a small cartoon rather than a long article offers a different way of condensing the meaning of large problems. Drawing a cartoon about some of these problems actually helped me to think about them as a journalist too.

The cartoon that you drew for us (above) addresses the discrimination that women face after the Taliban gained power in Afghanistan. What were your thoughts while drawing this cartoon?

The Taliban don’t respect women. They force us to cover up, to stay at home. Women are not allowed to work or to educate themselves: all our rights have been taken away. Sometimes I think that the Taliban treat animals better than women. But at the same time, it is somewhat absurd: the Taliban don’t really address the economic or political problems that Afghanistan is currently facing.

“To me, creating a small cartoon rather than a long article offers a different way of condensing the meaning of large problems”

Instead, they are constantly announcing one new law after the other that further restricts women. They seem to be obsessed with women. That’s why I drew this cartoon with a Taliban fighter sitting on the shoulders of a group of anonymized women, who can’t speak out, whose hands are bound and whose rights are taken away.

Why do you choose cartoons as way to address topics like women’s rights?

I think the visualization really helps to capture people’s attention. When I draw a cartoon with a very strong message, I hope that it makes people think. Cartoons condense a message in a very short form. Sometimes they are a bit funny, although the topic is so horrible – that’s why I think it can be a very effective way to address even the hardest topics. 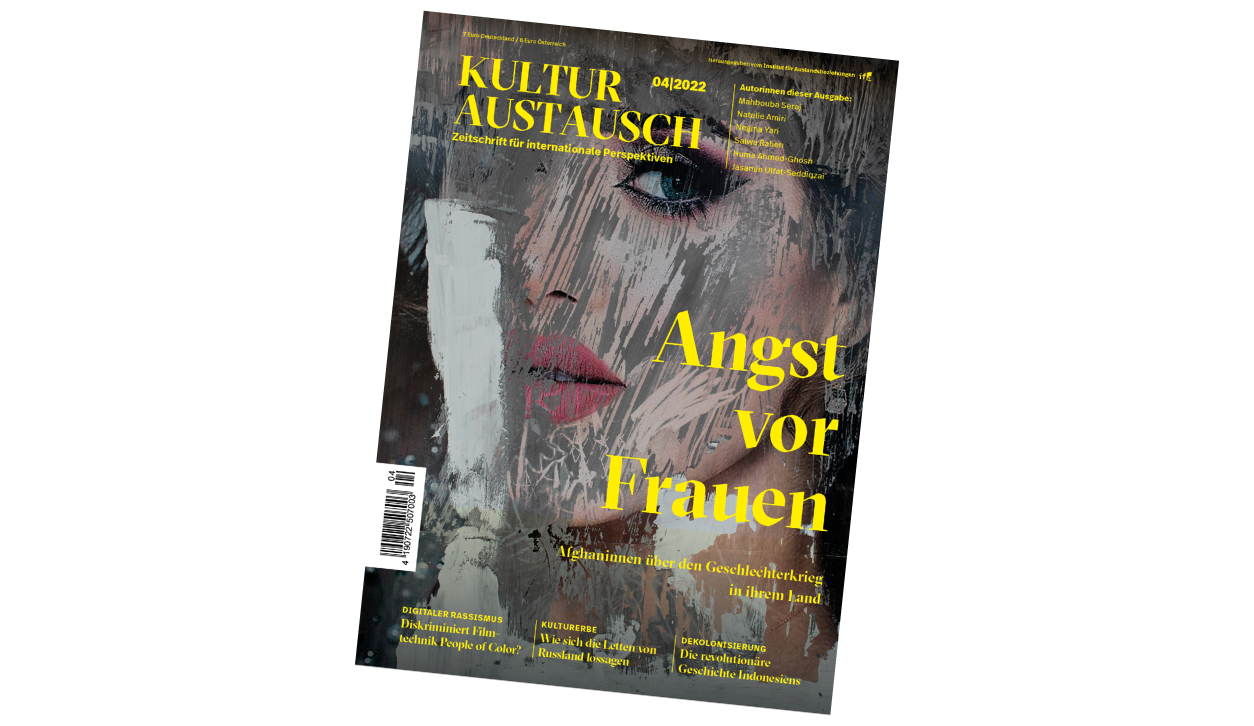 You'll find more Afghan voices, political analysis and exclusive photos from Kabul in our current issue „Fear of women“. Get your printed copy in German via our shop or browse the issue online in English here.

How did you become a cartoonist in Kabul?

I never studied art, but I was always interested in drawing and painting. Just for fun, I started to draw cartoons for kids when I was in High School. Later, at the journalism faculty, my professors encouraged me to continue with the cartoons. And eventually, I started to offer them to magazines and newspapers.

I was working as a journalist for a big newspaper in Kabul and wrote lots of political articles, reviews and interviews. Often, I would draw a cartoon next to an article I wrote. Later, I worked with other magazines, newspapers and websites, providing cartoons for them regularly.

Did you face problems during your work?

Yes, of course. As journalist focusing on politics, I also worked for the Afghan radio called Solh (Peace Radio). Even before 2001, there were always men who did not like to hear women’s voices on the radio. Me and my female colleagues were often harassed and threatened.

My boss at the radio station was a very active and political woman. She received numerous dead threats from the Taliban. And eventually, in 2007, she was killed in her own house.

“Day after day I drove to work, not knowing if I would live to see the evening. It was scary”

After that, I stopped working for the radio. We lived, but we were in constant fear. I also worked for an international organization and one day, a bomb was placed in one of the organization’s cars. Day after day I drove to work, not knowing if I would live to see the evening. It was scary. Luckily, I was able to leave Afghanistan.

How did you get out?

I managed to get a job as media specialist with the US government. That meant I was able to apply for a US visa. I left Afghanistan in 2020 and have lived in California ever since.

Did you expect the Taliban to take a more moderate line on women's rights when they came back to power in 2021?

No, the Taliban never changed, despite all the promises they made. And the Taliban know that women are power. Or, to put it differently: When women are allowed to educate themselves, they are powerful. That’s why the Taliban restricts access to education so much.

Sometimes I wonder: Will the next generation of Afghan women be forced to start all over again? We need a future for our girls. That’s why other countries need to pay attention to what is happening in Afghanistan.

I don’t know any woman who is still in Afghanistan and isn’t terribly endangered. On social media, I often read statements from Afghan women like: “We will never be silent”. But I’m afraid that they are silenced without international support.

This interview was conducted by Gundula Haage. It is part of our dossier on women in Afghanistan (issue IV/2022). Find more stories from this issue here. 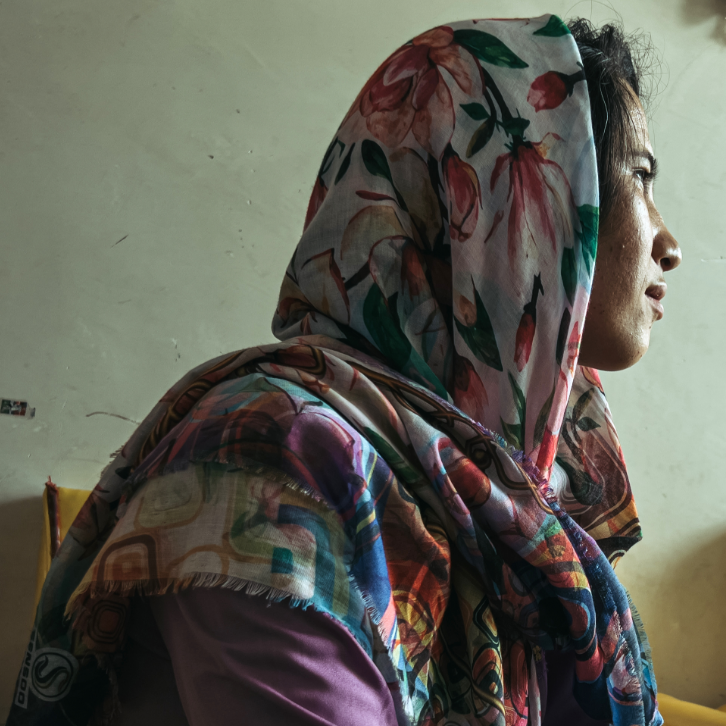 “I wanted to study English, apply for a scholarship and study in a better country than Afghanistan. But until today, the door to further education remains closed to me. This is very painful.” 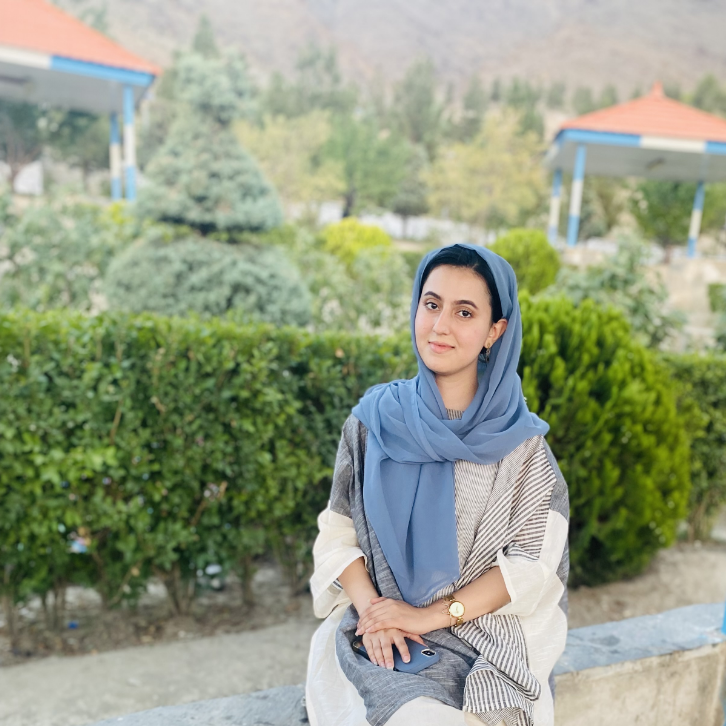 “I especially miss meeting up with my girlfriends, wearing colourful clothes and having some fun. I never imagined that I would long for such basic freedoms.” 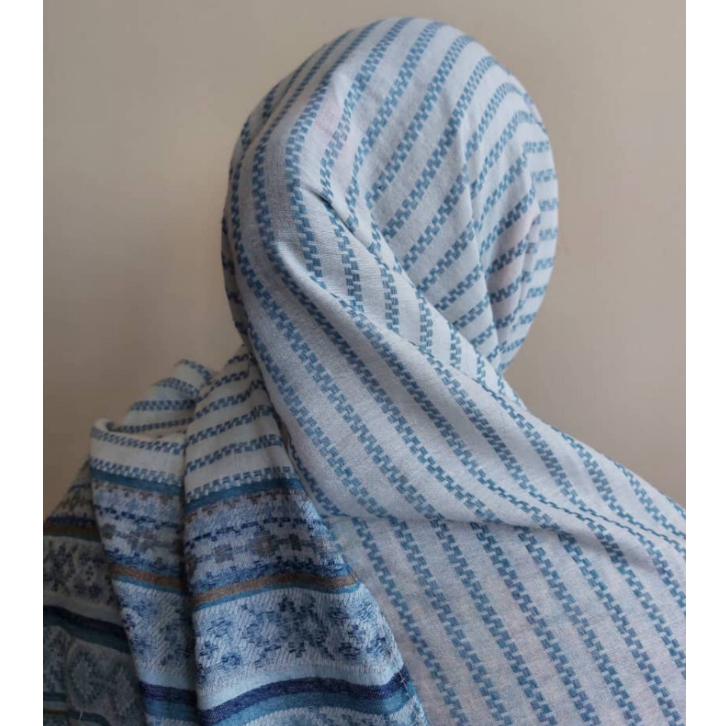 “I had to give up my job and now live in constant fear, also because of my 13 and 14 year old daughters. We fought so hard for our rights and now we just sit around at home.”

This interview is part of our dossier on women in Afghanistan (issue IV/2022). Find more stories from this issue here.